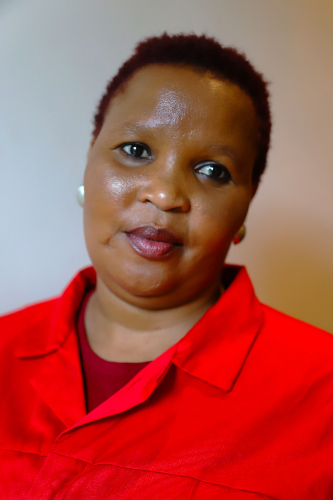 Tafeni, Ms N to ask the Minister of Human Settlements, Water and Sanitation

Whether her department has any plans to construct water boreholes for the Amathole community in (a) Mbhashe and (b) Mnquma Local Municipalities in the Eastern Cape; if not, what is the position in this regard; if so, what are the relevant details?

(a) Yes, the Department of Water and Sanitation (DWS) has plans to construct water boreholes for the communities in Mbhashe Local Municipal Area in the Eastern Cape Province. A total of 12 boreholes have been drilled through the Water and Sanitation Infrastructure Grant (WSIG) drought allocation of R 6,2 Million that was allocated from the 2019/20 financial year for drought relief programme for the Mbashe Local Municipality. The project of drilling, testing and equipping the boreholes is expected to be completed by the end of June 2020.

Furthermore, the Eastern Cape Department of Cooperative Governance and Traditional Affairs (CoGTA) has also allocated in the 2019/20 budget adjustment an amount of R 2 000 000.00 (Two Million Rands only) from their Eastern Cape Drought Funding Allocation to the Amathole District Municipality which is allocated to Mbhashe Local Municipality, for the drilling and equipping of boreholes for hand pumps at Dwesa and connecting to the existing reticulation system as part of drought intervention plans.

In addition, DWS through the Rapid Response Unit (RRU) funding has allocated an amount of R 40 Million and has appointed the Amatola Water Board from 1 April 2020 (for a period of three years 2023) as an Implementing Agent to drill more boreholes (in addition to the 49 mentioned above) to cover the Mnquma, Adelaide, Bedford and Peddie areas. The number of boreholes to be drilled will be determined by the need and currently the Amatole Water Board is conducting an assessment in those areas to determine the needs. It is anticipated that the drilling will commence by the end of March 2020, followed by testing, yield, and water quality. The design of infrastructure pumps, pipes, reservoirs and construction will commence by mid - April 2020.

In summary, I have prepared a table with details of drilled boreholes that the Department has been and is still busy with as part of the DWS’ drought relief intervention to respond to Mnquma and Mbashe Local Municipalities.