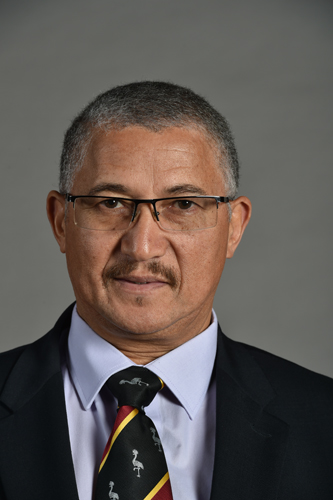 Joseph, Mr D to ask the Minister of Sport, Arts and Culture

1. What progress has been made with the (a) post COVID-19 marketing plan at the Robben Island Museum, given the serious financial challenges caused by the COVID-19 pandemic and (b) maintenance of buildings on the Robben Island Museum in terms of the agreement between the Department of Public Works and Infrastructure and the museum. 2. given the financial constraints caused by COVID-19, what measures were put in place to accommodate the staff complement?

(1). (a). Robben Island Museum (RIM) has embarked on a marketing plan that is solely focused on revenue generation over the past year so that it can regain its financial health and stay afloat.

In addition, Mondays and Tuesdays are marked as pensioners’ day, where pensioners can visit the Island at a discounted rate.

(b) The Tripartite Agreement between Department of Public Works and Infrastructure DPWI, DSAC and RIM expired in 2020, and the new agreement has not been finalised yet. DPWI is in the process of procuring a Total Facilities Management Company which will take responsibility for maintenance works on the Island.

(2). Due to the financial constraints caused by COVID-19, RIM explored two options, the first one being, initiating a Section 189 process of the Labour Relations Act, which would have led to retrenchments. The second option was exploring the reduction in salaries of employees across the board. However, due to intervention by the Department, RIM was granted approval to reprioritise R23 million in January 2021 and a further R17 million in June 2021 from the infrastructure grant to be utilized for operations.

Through engagements with the National Treasury on RIM’s financial position, the Department was able to further allocate an additional amount of R20 million at the end of March 2022 to assist with the operational costs. Any shortfall was covered by RIM utilizing its fast-depleting reserves. RIM also embarked on austerity measures by suspending the filling of non-critical positions. In addition, no cost-of-living adjustment increase was provided to staff for the past two financial years. These measures have allowed RIM to continue to sustain the salary bill and improve its financial position, thus avoiding job losses which would have had a negative reputation for the entity.