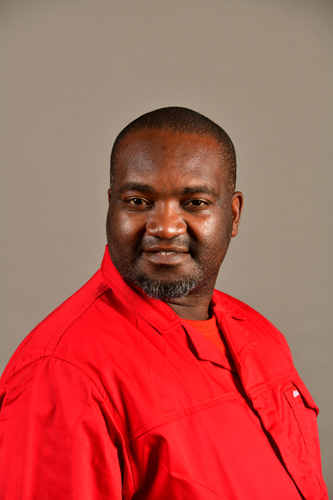 Sindane, Mr P to ask the Minister of Human Settlements, Water and Sanitation

(a) The Gauteng Department of Human Settlements refurbished the Kwa-Masiza Hostel under the CRU Program. The three (3) and four (4) bedroom units were upgraded to serve as rental stock for qualifying beneficiaries. Residents that did not qualify for the rental option were accommodated under the subsidy scheme upon the approval process.

The completed units were made available to qualifying beneficiaries but due to unaffordability, the hostel residents refused to take occupation of the units. In addition, the project was plagued by various implementation challenges related to service providers on site which led to subsequent delays in the roll out of the development and inevitably the project was stopped.

The Auditor-General found that the continued payment of security services from the Human Settlements Development Grant (HSDG) to guard the stopped project would result in irregular expenditure on the part of the Gauteng Department of Human Settlements (GDHS). Consequently, the GDHS took a decision to withdraw all the security services from the project, which led to invasion and vandalization of the properties.

The Gauteng Department of Human Settlements has established a steering committee comprised of MMCs, Project Managers and the Local Councillor with the purpose of reviving the project and finding solutions to challenges that caused it to come to a standstill.

(b) Honourable Member, I am constrained and prohibited by the document titled “Guide to Parliamentary Questions in the National Assembly” from providing the names of companies as requested. The document referred to states that:

(c) The Gauteng Department of Human Settlements plans to revive the development of the project and has set aside a budget of R4 000 000.00 (four million rand) for the initial assessment and repackaging of the project. The plan is to redevelop the hostel into walk-up family units.

(d) The GDHS was cautioned by the Auditor-General and the National Department of Human Settlements against the use of the Human Settlement Development Grant to pay for non-housing related costs. The Division of Revenue Act (DORA) is clear that the HSDG should only be spent on housing costs. The continued payment of security services from the HSDG exposed the GDHS to irregular expenditure. In 2018, the GDHS took a decision to discontinue payments for security services to guard the project and withdrew the security company from the site.

(e) The GDHS made no payment to the security company due to a lack of the Portfolio of Evidence on the part of the claimant.