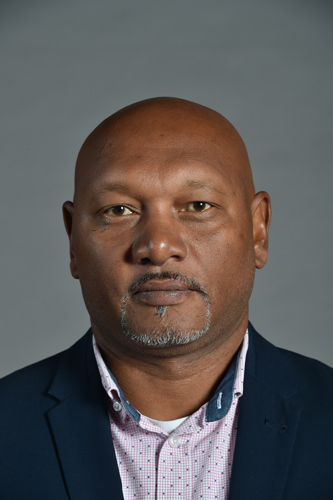 August, Mr SN to ask the Minister of Human Settlements, Water and Sanitation

(1)What steps have been taken to (a) implement the reserve or minimum flow of the National Water Act, Act 32 of 1998, in the Lemoenshoek River outside Barrydale, Western Cape, and (b) enforce the required downstream water provision flows from the dam; (2) what actions have been taken against officials who allegedly illegally authorised a borehole for groundwater abstraction within 100m of a watercourse for the owner(s) of the large dam

(1) The Department of Water and Sanitation is in the process of determining the Resource Classes and Resource Quality Objectives for the whole Breede-Gouritz Water Management Area as contemplated in Section 13 of the National Water Act (NWA). The Lemoenshoek/Huis River is included in this project. Once the Resource Classes and Resource Quality Objectives (RQO) are finalized (gazette next financial year) and approved the flow requirements for the reserve will be set and implemented, where applicable. The RQOs project started around 2017 and was estimated to take 3-4 years and is expected to be completed by end of 2020.

Preventative measures to avoid possible impact on watercourse included regular site visits and also measuring of water levels from the new borehole in question versus the old borehole located even closer to the non-perennial stream. The observations indicated no influence to the old borehole. The landowner has been also asked to install a datalogger which will record (monitor) water levels for proper management of the aquifer. The landowner had appointed an independent Geohydrologist to perform pumping test (July 2018) before applying for a General Authorisation (GA) to ascertain impact and sustainable yield. The report provided sound recommendations in terms of borehole monitoring for future impacts which were acceptable in terms of consideration during the process.

(2) No action was taken against any official regarding this matter because the General Authorisation (Notice 538 of 2016) which was approved by the Director General (Acting) of the Department of Water and Sanitation on 15/04/2016 and clarity on the GA confirmation process/authorisation is provided on sub-section 4 below. The General Authorisation (GA) is applicable for the whole of South Africa with certain exclusion areas, amongst others that no groundwater can be taken, in terms of the GA, within a radius of 100 metres from the delineated riparian edge of a watercourse. In this case, based on the findings during the site visits and observations made, the determination made was that the extraction of such quantity (3628m3/a) of groundwater was not illegal.

The Breede-Gouritz Catchment Management Agency (BGCMA) does not authorize water use under the General Authorisation; the mandate of BGCMA is to confirm if the requirement of GA is being met for registration of water use. No approval is required as it is already approved, as mentioned above. In terms of condition 7 of the GA a person must register the water use if the use of groundwater is more than 10m3 on average per day. Below a volume of 10m3/d the taking is too small for registration. The particular Lemoenshoek property (Remainder of farm Lemoenshoek 37/24) submitted documentation to the BGCMA for the registration of the taking of water from groundwater for a volume of 3628m3 per annum. On average this is less than the required 10m3 daily taking from groundwater (small water use).

The BGCMA conducted a site visit on 3 December 2018 and the findings were as follows:

There is an existence of old borehole which is closer to the watercourse that has been used by the farmer for irrigation and the current drilled borehole was even further away from watercourse which is a replacement of the existing borehole due to its blockage.