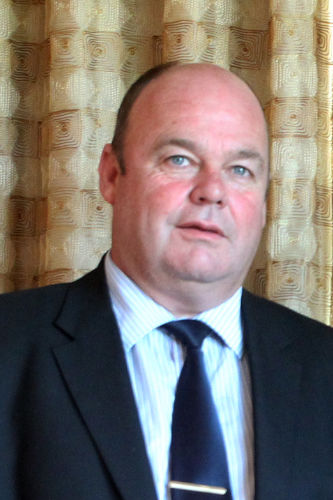 (1)With reference to the decision of the Convention on International Trade in Endangered Species of Wild Fauna and Flora (CITES) in September 2016, (a) what is the total number of lion bones that were exported from South Africa in (i) October, (ii) November and (iii) December 2016, (b) what is the total number of export permits that were granted during the specified period and (c) to whom were the permits awarded; (2) how was the proposed quota of 800 lion skeletons established; (3) (a) why are lions not listed as large predators in terms of the Threatened or Protected Species regulations and (b) what plans does she have in place to remedy the situation?

(2) The South African National Biodiversity Institute (SANBI) reviewed available information regarding the export of lion bones, lion skeletons and captive produced lion hunting trophies from South Africa between 2005 and September 2016. Based on the CITES trade database information and two studies, (i) Bones of Contention: An assessment of South African trade in African lion bone and other body parts and (ii) Southern African Wildlife trade: an analysis of CITES trade in the South African Development Community (SADC) region – a study commissioned by the Department of Environmental Affairs and the South African National Biodiversity Institute, the Scientific Authority recommended an export quota of 800 skeletons per year. The Scientific Authority considered the recommendation by SANBI, and the comments were received by the Department of Environmental Affairs and made a recommendation to the Minister, relating to the final quota.

(3) (a) Lion was temporarily removed from the list of threatened or protected species through a notice in the Gazette, No. 30703, published on 28 January 2008, pending the outcome of the litigation case by the (then) South African Predator Breeders Association against the former Minister of Environmental Affairs and Tourism. Upon delivering of the judgement by the Supreme Court of Appeal of South Africa on 29 November 2010, lion was not included in the list, on the basis of the ruling:

“It is declared that the inclusion of lion (panthera leo) within the definition of “listed large predator” in the definition in regulation 1 of the Threatened or Protected Species Regulations published on 23 February 2007 as amended, would have the effect of rendering regulation 24(2) in its current form, invalid in so far as it applies to a “put and take” animal that is a lion.”.

(b) Lion has been included in the definition for “listed large predator” in the revised Threatened or Protected Species (TOPS) Regulations that is currently in the final approval process for implementation. The provision of regulation 24(2) of the current TOPS Regulations (referred to in the judgment above) have been amended to avoid a similar legal challenge.