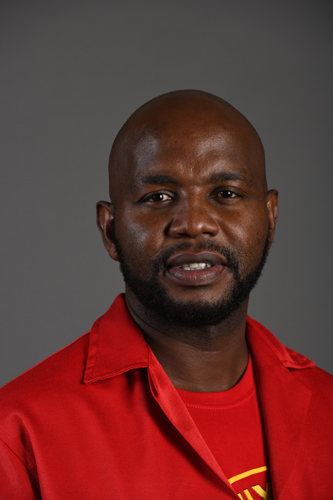 Langa, Mr TM to ask the Minister of Water and Sanitation

What (a) has he found are the main causes of water shortages in the cities of (i) Johannesburg and (ii) Tshwane and (b) action has he and/or his department taken to deal with the specified water shortages?

Several negative factors occurred simultaneously in Gauteng, which resulted in the recent supply problems. These included:

Severe load shedding affected the ability of both Rand Water and Joburg Water to pump water into their reservoirs. This resulted in the water levels in the reservoirs being too low to gravity-feed water to high-lying areas. As a result, a number of high-lying areas were without water for prolonged periods.

A heat water wave which resulted in increased watering of gardens by residents. In addition, the summer rains arrived late, meaning that residents did not swich off their sprinkler systems as they usually do when the summer rains start. These factors combined to result in a spike in water demand. This spike in water demand also made it difficult for the reservoirs to be filled adequately.

Both Rand Water and Joburg Water experienced several electrical and mechanical failures, which also contributed to the difficulty in filling the reservoirs. Some of these failures may have been a result of damage to equipment caused by the frequent load shedding. Two of Rand Water’s purification plants, namely, Zuikerbosh and Vereeniging as well as two major pumps stations (Palmiet and Eikenhof) supplying large parts of the city were affected by power failures. The equipment has since been repaired.

Rand Water’s operating philosophy is to maintain the reservoir levels between 60-80%. This targeted range is intended to enable the system to be resilient and respond to any challenges. Historically, during September to January, water consumption increases exponentially in Gauteng. It was with this understanding that Rand Water wrote to the high consumers, i.e. City of Tshwane, City of Johannesburg, and City of Ekurhuleni; to encourage reduced consumption in anticipation of the increased demand for water.

Despite these efforts, water consumption continued to increase significantly, and Rand Water’s overall water storage declined from 52% to 38%. Stemming from this decline, a high-level meeting was convened with the Metros to notify them of the intention to apply Stage 1 restrictions. Despite these efforts, water storage levels continued to decline and that prompted Rand Water to apply Stage 2 restrictions. The heatwave also informed the decision to escalate from Stage 1 to 2. The restrictions are necessary to stabilize the system and are aimed at restoring the overall reservoir storage capacity to 60%.

The Department is in the process of temporarily increasing the allocation of water to Rand Water from the Vaal River System, to ensure that the availability of raw water does not become a constraint to Rand Water’s ability to provide treated water during this difficult period.