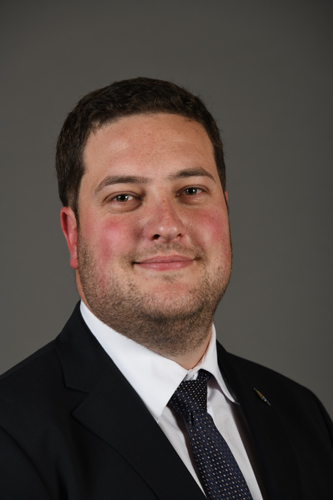 Hill-Lewis, Mr GG to ask the Minister of Finance

(1) Whether, in light of the fact that the Financial Sector Regulation Act, Act 9 of 2017, requires the formation of, inter alia, the Financial Sector Inter-Ministerial Council, the Financial System Council of Regulators, Financial Stability Oversight Committee, Financial Sector Contingency Forum, the Financial Services Conduct Authority Executive Committee, the Prudential Authority Oversight Committee, the Ombud Regulatory Council and the Ombud Regulatory Council Board, he will furnish Mr G G Hill-Lewis with the details of the (a) date each body was formed, (b) names of persons serving on each body, (c) dates of meetings of each body since January 2020 and (d) names of the chairperson and deputy chairperson of each body; if not, why not; if so, what are the relevant details; (2) whether the (a) chairpersons and (b) deputy chairpersons of each specified body were elected and/or appointed in each case; if not, why not; if so, by whom, (3) whether each specified body has ever met; if not, why not; if so, what were the details on agendas considered and resolutions taken?

1. The Honourable Member’s question covers a number of different entities and forums operating in the financial sector regulatory system and established in terms of the Financial Sector Regulation Act 9 of 2017, which took effect on 1 April 2018. It is difficult to provide all the detail requested, as the regulators and the ombuds often deal with market-sensitive and confidential information, and may not have the power to even report such information to the Minister. This has also resulted in the delay in answering this question. Many of the entities are not fully-fledged entities listed as entities in terms of the PFMA, and are more like working committees or oversight committees/forums, and their membership is determined in terms of specific official positions rather than particular individuals. Some of the members of the various committees are determined by the positions held by members, be they the Governor, Deputy Governor of the SARB, or the Director-General or Minister of a specific department. However, all these committees or forums are built around the two core regulatory institutions established under the Financial Sector Regulation Act No. 9 of 2017, which are the Prudential Authority and the Financial Sector Conduct Authority, as well as the ombuds and tribunal system.

2. I am not in a position to answer the detailed information requested by the Honourable Member, which in any case is provided via the statutory reports required from the entities in terms of the PFMA and other laws, like the annual reports which are all tabled in Parliament every year. Hence, I will restrict my responses to easily available information, like the name of the chair or deputy chair of such institutions, and not the entire staff of any entity. The Honourable Member is free to engage with each fully-fledged entity after they have submitted their annual and other reports to Parliament, when the relevant portfolio committee convenes a hearing to consider such reports. I will not answer more granular information like the number of meetings held by any committee or organization, as such detailed operational information is generally not part of the statutory reporting system.

3. The Honourable Member should also note that there has been a transitional period for implementing the FSRA, which has also taken longer than initially anticipated, particularly for the new positions and structures created, like the appointment of the Commissioner and the Deputy Commissioners of the FSCA, or the establishment of the Ombud Council. Some of the committees will only begin to function once the transition period is over, which I expect to be by October 2021.

6. With regard to the Prudential Authority (PA), it is an entity that resides within the SA Reserve Bank, and its CEO is one of the Deputy Governors of the SARB in terms of section 36(1) of the FSRA. Deputy Governor Kuben Naidoo has been its CEO from the date it was established on 1 April 2018. The Prudential Authority Oversight Committee, which oversees the PA, is established in terms of section 41 (2) of the FSR Act, and comprises of:

(i) Governor of the South African Reserve Bank, who is the Chairperson;

(ii) CEO of the Prudential Authority, who is one of the Deputy Governors; and

9. The Minister appointed the Chair and Deputy Chair and 4 other members to the Board for a three-year term, commencing on 1 November 2020, in terms of section 180 of the FSRA, as follows:

10. The Board could only be properly constituted once the Chief Ombud was appointed, which was done on 2 May 2021, when I appointed Ms Eileen Meyer as the Acting Chief Ombud for a term of one year, starting 2 May 2021, in terms of section 188(1) of the FSRA (refer to attached media statement dated 24 May 2021). The Ombud Council Board is thus properly constituted, and held its first meeting on 26 May 2021.

11. The Chief Ombud will establish and operationalise the Office of the Ombud Council. As such, the Ombud Council currently does not have an executive committee, and thus has not held any meetings.

13. Whenever there is a case, panels of the Tribunal (usually consisting of 3 members) convene to hear and adjudicate on the case.

14. The rest of the organisations/entities named by the Honourable Member are not self-standing entities regulated or listed in terms of the PFMA, but rather are merely committees or forums, designed to either co-ordinate activities between regulators and/or departments or to exercise oversight.

16. As noted above, the only structure that has not been established as yet is the Financial Sector Inter-Ministerial Council, which will only be convened as and when deemed necessary, as it is an advisory structure. Further, section 83 has not taken effect as yet. More importantly, the underlying technical structure, the Financial System Council of Regulators, has been established, and has started meeting. Note that the aim of these two structures is to co-ordinate with related regulatory structures like the National Credit Regulator and the Council for Medical Schemes, which also regulate financial products, but report to different Ministers.

17. It should be noted that the agendas of many of these structures tend to be market-sensitive, and care needs to be taken not to make them public until appropriate steps are taken to present more comprehensive reports via public announcements by the regulators. Neither is the Minister involved with many of these structures. The regulators and entities will report to Parliament at least annually, and deal with the key issues, including on their performance.