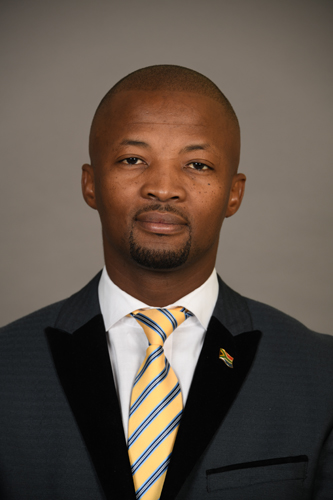 Kwankwa, Mr NL to ask the Minister of Transport

Whether, in light of the fact that airports facilitate tourism, boost trade and generate economic growth aviation, his department has put in place strategic interventions such as the Instrument Landing System, Microwave Landing System, Very High Frequency Omni-Directional Range, Standard Runway, Navigation Facilities and jet fuel and aviation gasoline (Avgas) to remedy the reported shortage of resources and basic operation facilities at the Mthatha Airport; if not, why not; if so, (a) what strategic interventions are in place to remedy the situation, as the shortage of jet fuel and Avgas negatively affects the Department of Health and the SA Police Service in the region, (b) by what date does he envisage the strategic interventions will be implemented, (c) how soon can the results be expected and (d) what are the further, relevant details?

The airport does not have an ILS (Instrument Landing System) as the terrain around the airport could cause problems with signals. The airport had an ILS test done by an independent Company that installs ILS and it was found not to be a site where an ILS can be installed. The airport has a GNSS (Global Navigation Satellite System) which is in use to aid aircraft to land at Mthatha Airport.

The airport does have a VOR (Very High Frequency Omni Range) but when the new runway was added to the airport by the National Department of Transport (DOT), DOT did not move this VOR as it was installed for use on the old runway as a let-down aid. In building the new runway the VOR was too far off centre line to be used as a let-down procedure. A new DVOR is planned for Mthatha Airport and it will be installed by Air Traffic Navigation Service (ATNS) when ATNS upgrades other VORs in South Africa. COVID-19 has delayed the procurement of such VORs but this will take place in the new financial year.

Mthatha Airport has one of the most modern runway lighting systems in the world and this includes approach lights, PAPI (Precision Approach Path Indicator) Approach lights, taxiway lights and edge lighting including marker boards for taxiways.

There is no fuelling at the airport for civilian use currently as the demand for such fuel is minimal. The airline that serves the airport does not require fuel and there are very few private flights to this airport. The South African Police Service (SAPS) have their own fuelling arrangements at the airport at the air wing site helipad. The Department of Defence has a similar arrangement where they fuel their own helicopters.

In 2018 the Eastern Cape Department of Transport advertised an Expression of Interest and received two responses. However, the responses were not up to the standard due to the fact that the aviation fuelling requirements are strictly regulated and not any one can operate such a facility. The Department is attempting to have a sole service provider appointed, who operates at the East London airport and has been operating for many years.