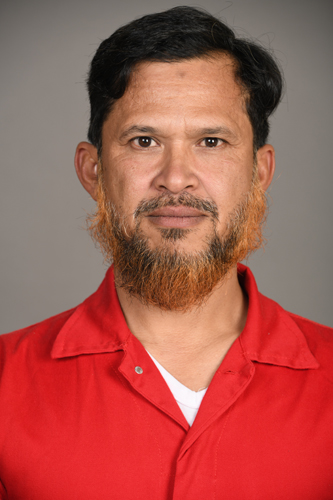 Whether he has found that the new coal independent power producing plants will negate the Government’s plans to combat climate change; if not, what is the position in this regard; if so, what are the relevant details?

The Department of Environmental Affairs (DEA) has a National Climate Response White Policy Paper in place and has currently released the Climate Change Bill for public consultation.

To ensure full alignment with the National Climate Change Response White Paper, Eskom has a climate change policy and a strategy in place in line with overall government policy. Eskom Climate Change Strategy provides an overview of Eskom’s initiatives in terms of the following:

1. Adaptation to the adverse impacts of climate change;

3. Innovation through research and development;

4. Diversification of the energy mix to lower carbon technologies;

6. Advocacy and Partnerships at national and international levels on climate change response.

Lastly, the most effective way to reduce greenhouse gas emission from the electricity sector is to diversify the electricity supply. To date, all low carbon supply options determined through the IRP process have been allocated to Independent Power Producers by the Department of Energy.

Given that coal-fired generation has a negative impact on greenhouse gas (viz. carbon dioxide, nitrous oxide and methane) emissions, any addition of coal generation plant will negatively impact on climate change.

Eskom has a plan in place to manage local air pollutants such as sulphur dioxide. This however is not a greenhouse gas and technologies such as the FGD technology only removes sulphur dioxide emissions. In the absence of end-of-pipe technology, there are little opportunities to reduce the carbon footprint of existing coal-fired power stations.

Currently, the most effective way to reduce greenhouse gas emissions from the electricity sector is to diversify the electricity supply away from coal towards lower-carbon technologies (nuclear, hydro, renewables and gas). Unfortunately, to date, all lower-carbon supply options determined through the IRP Planning process have been allocated to Independent Power Producers and not to Eskom.

Further initiatives include the roll out of photovoltaic (PV) plants to supplement generation at existing coal-fired power station sites, the construction and operation of Sere (100 MW windfarm) and many research initiatives, from an operating rural microgrid and smartgrid applications to wave energy to electric vehicle testing.

Eskom Transmission has also enabled the connection of over 3 000 MW renewable energy projects to the national grid.

In this respect, Eskom is well-prepared to manage the transition away from carbon intensive electricity production and participates extensively in Department of Environmental Affairs processes to report and limit future greenhouse gas emissions.

Further, Eskom has undertaken detailed studies with the CSIR on climate impact modelling in Southern Africa. This work will inform plans on how to prepare Eskom’s infrastructure and people for impending climate change and extreme weather events. The country’s (and by inference Eskom’s) vulnerability to climate change is cause for concern and we want to ensure we deal with this proactively.

It is critical that there is a “just transition” from carbon intensive electricity production. The transition should be able to address the pressing socio-economic challenges of poverty and inequality. The workers and communities, especially those in the sectors and areas that will be most affected, such as coal plants, coal mines and coal transportation will need alternatives to secure their well-being. Options such as re-skilling for new jobs and community based programmes are vital to ensure that those most vulnerable to the development are protected