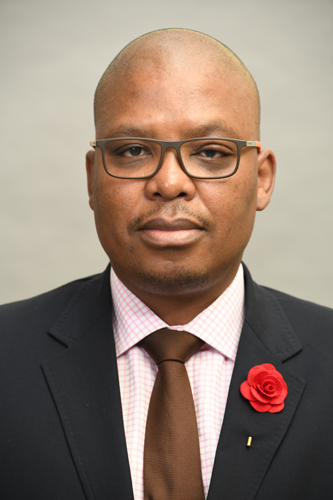 Bara, Mr M R to ask the Minister of Defence and Military Veterans

What (a) investigations and/or oversight visits were conducted by the Surgeon General to the military hospitals from 1 January 2012, (b) consequential measures did the Surgeon General take in addressing the various challenges and concerns identified during the oversight visits at the military hospitals, including (i) procurement delays, (ii) refurbishment projects delays, (iii) transport and (iv) medical stock and security and (c) remedial steps did her department take to address these challenges and concerns?

(a) The Surgeon General has conducted several oversight visits to 1 Military Hospital since his appointment as Surgeon General on 1 April 2013. The Chief Directors and Directors execute instructions to conduct staff visits to all three the military hospitals with the aim to perform evaluation and monitoring within the respective statutory and functional environments.

(b) The feedback of the staff visits are discussed at the Chief Director Military Health Force Preparation forum during which consequential measures are discussed to address the various challenges and concerns within the resources of the SAMHS. Critical issues are furthermore discussed at the SAMHS Command Council and challenges that cannot be resolved at the level of the Surgeon General and the SAMHS as a result of the impact of strategic risks such as budgetary constraints. The strategic risks are reported to higher headquarters through formalised processes and forums.

The challenges and concerns that are referred to in Question 3393 are mostly issues that are registered by the SAMHS as strategic risks. The chronic underfunding of the Defence function in general impacts on the capacity of the SAHMS to mitigate some of the risks.

The likelihood and impact of the risks such as low stock levels and obsolete and outdated equipment and technology increase year-on-year in the absence of resources. The Surgeon General and the SAMHS address these challenges and concerns within the resource limitations. The implications of budgetary constraints, however, leads to challenges such as mentioned in the questions of the National Assembly. Furthermore the SAMHS competes with the open labour market for scarce human resources such as medical officers and specialists.

(c) The response to the question of remedial steps are as follows:

(ii) Refurbishment project delays. The SAMHS is in a difficult position as a result of the failure by third parties to fully complete the upgrading of especially 1 Military Hospital into a composite facility. Contractors are largely limited in their scope of work due to financial constraints. Preventative measures are instituted within the limited financial resources to avoid further deterioration. On 18 January 2013 the National Department of Public Works appointed consultants for upgrading and refurbishment of the 1st floor of 1 Military Hospital. The SG was not satisfied with the progress and elevated his concerns to the Ministerial level.

The Minister of Defence and Military Veterans took a decision that the Defence Works Formation must take over the project. However, the function of day-to-day maintenance of the hospital remained with the National Department of Public Works.

(iii) Transport. Transportation in terms of ambulances for medical evacuations and patient transportation requires huge capital injections. The Surgeon General has attended to this capability within the means of the SAMHS operating financial resources and a less than 1% capital budget.

(iv) Medical Stock. Pharmaceuticals and medical consumables are high cost drivers that are directly linked to the financial resources or the allocated budget of the SAMHS. SAMHS reprioritise its annual allocated budget to make provision for medical stock within the limitations of an ineffective baseline allocation. In the instance where financial resources are depleted the Chief Financial Officer is approached for additional funds.

(v) Security. Security is also a challenge or concern that requires financial resources whether the installation of physical security measures ie cameras and fences or human resources to guard infrastructure. The SAMHS addresses security measures within the allocated resources.