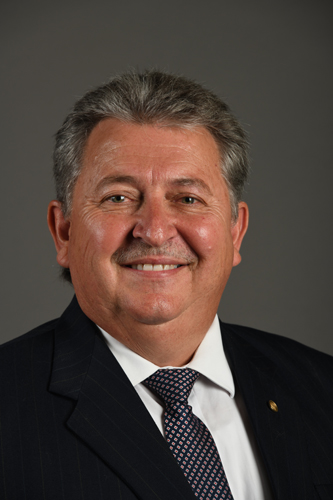 (a) What salary, remuneration or benefit increases have been granted in each salary grade to employees in (i) his department in each of the past three financial years:

(b) The salary increases of employees who are employed by the State and fall within the registered scope of the Public Service Co-ordinating Bargaining Council (PSCBC) are determined by National Treasury based on the average projected CPI and approved by the Minister for Public Service and Administration.

Furthermore, in terms of section (6) (a) of the Act, any provision of a collective agreement contemplated in subsection (4), concluded on or after the commencement of the Public Service Amendment Act, 2007, shall, in respect of conditions of service of employees appointed in terms of the Act, be deemed to be a determination made by the Minister for Public Service and Administration.

(i) A service bonus/13th cheque of 100% of an employees’ gross monthly basic salary is paid to employees on salary levels 1 to 10. In the case of MMS or SMS members (salary level 11 and above), the 13th cheque may be structured from the flexible portion of their all-inclusive remuneration package.

(a) has a permanent contract or a fixed-term contract lasting at least three months, unless the contract specifies otherwise, and

(b) in the year ending on her or his bonus date, does not resign or undergo discharge due to misconduct.”

As indicated in paragraph 1 (b) and (c) above, the Minister for Public Service and Administration determines the conditions of service of employees appointed in terms of the Act.

1. (a) Salary increase for employees including Executives; and

Housing subsidy for only Basic salaries employees on A to C Band.

(c) who authorised the increases in each specified financial year;

(2) (a) what bonuses have been given in each grade of employee in the past three financial years,

- Annual increases are linked to the employee’s performance score, employee’s placement in terms of their grade level of the position and years of experience.

(2) (a) what bonuses have been given in each grade of employee in the past three financial years,

- Only performance related bonuses have been paid to employees within the last three financial years, which the Board approves annually.

- The criteria used is a combination of the company’s performance and individual employees level of performance throughout the year of assessment.

- The trigger for the organisation’s performance is a combination of set “qualifiers and modifiers for the bonus pool.

- The individual employee’s percentage is linked to the employee’s annual salary and grade level of the position.

(1)(i) N/A (1)(a)(ii) The South African Civil Aviation Authority granted the following salary increases that were applied across the entire organisation to all eligible employees in line with the organsiationa’s remuneration policy:

(1)(b) The National Treasury Guidelines were applied across the organisation. (c) The SACAA Board approved all the salary increases.

The salary increases for SMS members, Levels 13-16 were as follows:

(2) (a) The bonuses in each grade of employee in the past three financial years are provided in the Table link below.

(b) The criteria for granting bonuses is provided in the Table below.

(c) The bonuses were authorized by the Board of the Agency.

1. (a)(ii) The annual cost of living salary adjustments for the Cross-Border Road Transport Agency in the past three years were as follows:

In addition to the salary adjustments, in 2015/16 financial year, a collective agreement was concluded with POPCRU to regulate working hours for Road Transport Inspectorate and payment of overtime. The overtime was paid based on the threshold from the National Treasury.

(b) The Annual Cost of Living Adjustments or salary increases are determined using the criteria of the market benchmark as well as the Consumer Price Index (CPI), which is a determinant of consumer inflation. The annual cost of living adjustments was based on the negotiated agreement with the Labour Union, which was applicable across the board.

(c) The Executive Committee, evaluates the rationale against the feasibility of granting the annual cost of living adjustments against the CPI of the time, which is a factor of consumer inflation; and makes recommendations to the Human Resources and Remuneration Committee, which makes further inputs and recommend to the C-BRTA Board for approval.

(b) Each employee was assessed against the signed Performance Agreements and as per the C-BRTA Performance Management Policy approved in 2014. The bonus awards were allocated on an average of 13.81% between the ranges 3,5 -5.0 rating across the board, with the exception of Executive Management who were not part of the scheme as approved by the C-BRTA Board. The allocation was on the following basis:

The Board resolved to pay performance bonuses for the financial year 2015/16 to:

No performance bonuses were approved for financial year 2016/17 yet.

(c) It is the sole discretion of the C-BRTA Board to authorise the payment of performance bonuses as and when it is reasonably feasible and financially viable to do such based on the overall audited performance of the Agency against the set Annual Performance Plan (APP).

(b) The criteria used to grant the increases comprised of external market data, projected inflation and affordability.

(c) The increases in each specified year were authorised by the RAF Board and the RAF’s Remuneration Committee.

(2)(a) The following bonuses have been given for each grade of employee in the past three financial years:

(b) The criteria used in each financial year to grant the bonuses, comprised of organisational and individual performance.

(c) The bonuses in each specified year were authorised by the RAF Board and the RAF’s Remuneration Committee.

Table below provides summary of annual increases during the past three financial years.

1 (b) In accordance with SANRAL Policy on remuneration, each year SANRAL undertakes a salary survey exercise through an independent service provider. Salary adjustments are effective from 1 March, annually.

SANRAL will typically take into account a number of factors in determining annual adjustment to the payroll, per grade. These include:

The Salary Survey report contains information on the following areas:

1 (c) Annual Payroll adjustments are approved by the SANRAL Board.

2 (b) The SANRAL Short Term Incentive (STI) Policy determines the criteria for bonuses. The criteria include the Annual Performance Plan, signed with the Minister of Transport. The incentive scheme is designed around delivery of SANRAL’s strategic objectives. Actual performance is measured and assessed against specific deliverables contained in the Agreement, and a performance score will be determined. The policy also specifies the minimum criteria for eligibility, based on the SANRAL overall performance as well as individual performance.

(a) For the period effective April 2015, the increases have been as follows:

(i) For the 2015 financial year, the increase was 10% and 6% for managers and non-managers respectively

(ii) For the period effective April 2016, the increase has been 9% across the board

(iii) For the period effective April 2017, the increase has been 8,5% for non-management staff and 6.3% for management

(b) For Non-management this was informed by the bargaining process with Organised Labour taking into account CPIX and other economic factors.

(c) The Board of the RTMC approved all increases post assessment of performance and signing of the labour agreement on increases.

(ii) For the year ending March 2015, the percentage approved was 6% and 3% of Annual Total package. The 6% was for permanent employees and 3 % for employees on Contract.

(iii) For the year ending March 2016, the percentage approved was 7,5% of Annual Total package

(b) The criteria for the payment of bonuses is informed by the overall performance of the organisation, the PMDS policy as well as terms and conditions of each individual employee.

(c) The Board of the RTMC approved the payment of bonuses taking into account the performance of the organisation and the PMDS policy.

a) What salary, remuneration or benefit increases have been granted in each salary grade to employees of

PRASA has awarded the following inflationary Increases for 2014 - 2017

(ii) Each entity reporting to him in each of the past three financial years,

(c) The Junior Employees in the Bargaining unit inflationary increases are negotiated with Organized Labour, recommended by Group Exco to the Group Board for ratification.

Ordinarily, the management inflationary increases are recommended by Group Human Capital Management to the Board through the Human Capital and Remuneration Committee or the Board. In the absence of the Board the ratification is sought from the Shareholder.

b) i) The gain share payment for junior employees is made to Regions that have exceeded their Revenue Collection Targets.

ii) The employees are paid in accordance with the time period of their participation within the given Financial Year.

1. (a) The RSR salary adjustments over the periods are as follows (excluding regrading or individual posts):

(b) The above increases are based on annual cost-of living adjustments which are inflation related, and were based on Salary Benchmarking and Salary surveys from the South African market to determine the suitability of its salary increases and the financial impact. The RSR’s Remuneration Philosophy and staff retention is also considered in these determination.

The increases also include individual notch progressions, based on performance in line with the RSR Performance Management Policy.

1(a)(ii) The Ports Regulator annually grants all employees a salary increase equivalent to CPI adjustment as per the National Treasury estmates used during the MTEF budget process. The employees below senior management are entitled to all bebenfits which include: medical aid, group life and pension. These benefits are however not available to senior employees in terms of the Regulator concidions of service. This practice has been in place since 2012/13 financial year when the salary bands and benefits were approved by the Minister of Transport in concurrence with the Minister of Finance as required by the National Ports Act.

(b) The increases are implemented at the beginning of each financial year. The salary increases are done as per the National Treasury guide to Departments.

(b) The employees each sign a performance agreement at the beginning of the financial year. The performance agreement will set out expected outputs from each employee based on the deliverables for their specific department. At the end of the financial year, each employee is then assessed against reported performance and scored in accordance with the performance framework which has a sliding scale from 5 to 1. Employees get a bonus if they perform above level 3. A final weighting is done for all KPI’s and final score given to an employee. The final score is then used to calculate the quantum of the bonus earned by the employee.

( c) The performance bonus forms part of the annual budgert that is approved by the Regulator (board). When the bonuses for all employees have been finalised, there’s a review that is performed by a committee to ensuer that there was transparency, fairness and relevance between employees performance and that of the organisation. Once the review is complete the bonuses are then forwaded to the CFO for recommendation to the CEO for final approval before making payemnts to employees. .

2014 – Authorized by the Board of Directors

2015 - Authorized by the Board of Directors

2016 – Authorized by the Board of Directors

Organisational Performance was the criteria used for granting the bonuses.