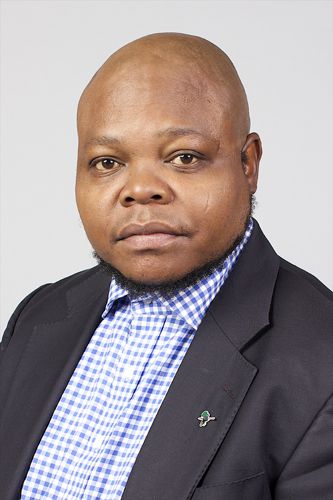 Mbatha, Mr MS to ask the Minister of Economic Development

(a) What is the current status of the Masorini Steel Project and (b) what amount has the Government spent on the specified project since its inception?

IDC initiated the Masorini Iron and Steel Project (the “Project”) in 2010. The rationale for the project was to beneficiate local raw material and export semi-finished goods like steel products. The IDC completed a Project pre-feasibility study (“PFS”) for establishing a low cost iron and steel facility in South Africa based on the utilisation of high quality domestic raw material resources including Palabora magnetite (a by-product of copper mining) as the primary source of iron ore. In September 2014, HESTEEL (previously called Hebei Iron and Steel or “HBIS”), IDC and China Africa Development Fund (“CADFund”) signed a Memorandum of Understanding and started co-developing the Project.

I have been furnished with a reply by the CEO of the IDC, Mr Geoffrey Qhena, which provides additional details and a status report on the Project.

(a) The project was put on hold in July 2016 due to the persistent unfavourable global economic climate and continued over-supply in the global steel market which are expected to persist in the medium to long term. This affected the viability of the Project.

(b) Total expenses incurred amounted to R129.2 million since inception of the project in 2010. In lieu of benefits and lessons learnt, the IDC derived in-depth understanding of the country’s resources required to establish a low cost steel making facility over and above access to international steel producers and technology providers. The IDC was also able to develop a better appreciation of the technology suited for our resources including an understanding of why our upstream sector was not competitive internationally. In addition we were also able to use the information to redirect our strategy towards modularised steel making facilities (mini mills) which has had a positive impact in the lowering of “long” steel product prices which are now closer to international prices.

Under the initial study, this Project comprises a fully integrated 2.5Mtpa Iron and Steel Plant which extends from the reclamation and beneficiation of secured magnetite ore from 2 sites in Phalaborwa, to the production of iron and steel in Middleburg. The capacity of the Middleburg site in the initial PFS was 1.35Mpta of flat steel and 1.15Mpta of long steel.

Subsequent to the conclusion of the PFS, an opportunity in the steel sector was identified which would allow for the production of steel on two separate sites. The combined capacity of the sites in the current thinking will result in an increase in capacity to 3.5Mpta, split between 2,5Mpta of flat steel products and a 1Mpta of long steel products.

The PFS provide a compelling case to those international steel producers who had expressed serious intent in entering the South Africa and regional markets.

The plan was supported by:

A Project Information Memorandum (PIM) was issued to invite participation from a selected group of global Companies to review the key findings, basis and supporting documentation on the PFS (herein referred to as the “Due Diligence”) with the specific objective of attracting participation with IDC in completing the Detailed Feasibility Study (“DFS”) phase.

A Participation Agreement was concluded with Heibei and signed to formalise the arrangements and commitments between the parties.

The Project formed part of the country’s strategic plan to reduce the local production costs of steel and thereby further stimulate economic growth.

South Africa is the natural choice for sourcing construction products, equipment and other manufactured goods in the SADC region and the Masorini enhanced this position.

Africa has proven to be relatively resilient during the recent global financial and economic crisis. Improved macro-fundamentals and increased intra-regional trade was major reason for this saturation of markets and low returns in many developed economies, driving growth in African economies. Neighbouring countries had experienced rapid economic growth in excess of the growth experienced in South Africa, and significant projects are either in progress or mooted in the continent.

The Project is significantly advantaged by the availability of readily sourced stockpiled magnetite, and abundant low costs and otherwise stranded coal resources, which will enable the Project to produce finished products at a cost that will be lower than the project cost of other South African producers.

The information contained in the PFS is being used and will be used in some of the other projects that the IDC is developing.