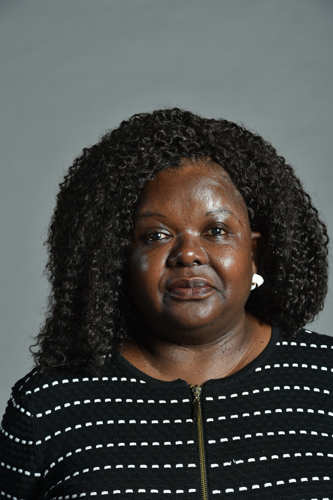 Mbabama, Ms TM to ask the Minister of Justice and Correctional Services

Does (a) he, (b) his Deputy Ministers or (c) any of the heads of entities or bodies reporting to him make use of security services paid for by the State for (i) him/herself, (ii) his/her immediate family members or (iii) any of their staff members; in each case (aa) what are the reasons for it, (bb) from which department or entity’s budget is the security services being paid, and (cc) what are the relevant details?

c) The response in respect of the heads of entities or bodies reporting to the me is as follows:

(i) There are no security services that are rendered to the family members on all of the above.

(ii) There are members of the Judiciary, National Prosecuting Authority and some support staff that make use of security services and the services are not extended to family members.

(aa) In all of the above, the reasons for the provision of security services, where applicable, are informed by the threats received due to their legal duties.

(bb) (i) Those members that are indicated in the Ministerial Handbook as stated above, the budget for the provision of the security services required is being paid from the South African Police Service’s budget.

(bb) (ii) The other affected members of the Judiciary, National Prosecuting Authority and supporting staff making use of security services are paid for by the State through the Department of Justice and Constitutional Development.

(cc) The relevant details about protection services as indicated above is mainly informed by the heightened threats, risks and vulnerability assessments that are inherent in their legal duties which cannot be ignored in the interest of justice and other constitutional requirements. Therefore, it is advisable that the details pertaining to each member be not disclosed for safety and security reasons. Furthermore, the doctrine of separation of powers dictates consideration in relation to the provision of protection and security services to members of the Judiciary and National Prosecuting Authority.