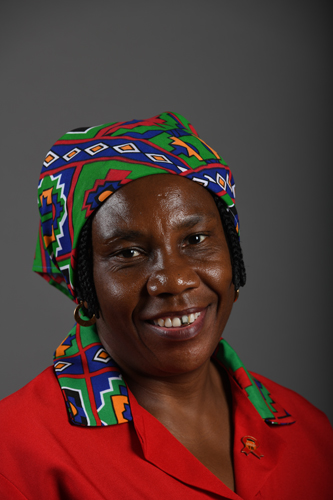 What provisions have been made to curb the rising levels of violence at schools without overly securitising schools?

The Department has trained schools on the implementation of the National School Safety Framework (NSSF) which is a guiding framework in addressing all forms of violent incidences in schools including gangsterism. The NSSF empowers schools to identify and manage all safety threats in schools, establish school safety committees comprising of stakeholders such as teachers, police officers, school governing body members and learner representative council members. Furthermore, The NSSF also empowers schools to develop incident reporting mechanisms, establish collaborations with external stakeholders such as the South African Police Service (SAPS), the Department of Social Development and civil society organisations, as well as develop school safety plans and policies to respond to safety challenges.

2. Protocol to Deal with Incidences of Corporal Punishment in schools

3. Protocol on the Management and Reporting of Sexual Abuse and Harassment in Schools

4. Partnership Protocol between the Department of Basic Education and the South African Police Service (SAPS)

The Department also has an established Protocol with SAPS to address crime and violence in schools The Protocol has enabled all schools to be linked to their local police stations, SAPS conduct searches and seizures in schools and conduct crime awareness campaigns in schools. Regularly, schools work with SAPS and local community police forums and social workers to address gangsterism issues. Constantly, searches and seizures of illegal drugs and weapons are done in schools and anti-gangsterism campaigns in collaboration with the Department of Social Development and the Department of Justice and Constitutional Development are conducted in schools.

The Department and its partner Departments: Social Development, Justice and Constitutional Development, Correctional Services, the South African Police Service and the Department of Communications and Digital Technologies have also embarked on an Inter-Departmental Campaign on Violence Prevention. This Campaign raises awareness on issues such as the prevention of bullying, corporal punishment, gender-based violence, teenage pregnancy and drugs and substance abuse in schools. The Campaign has been championed by the Deputy Minister of Basic Education and is supported by other Deputy Ministers from the partner Departments. The Campaign has been targeting districts with high levels of crime and violence known as hot spots. The Campaign includes build up events that take groups of learners through priority content areas related to violence prevention.

Thus far, the Campaign has been rolled out in four provinces: Gauteng (Gauteng West District), Limpopo (Sekhukhune East District), Mpumalanga (Nkangala District) and the North West (Dr Kenneth Kaunda District).  The Campaign also involves Senior Management Teams, School Governing Bodies, learners, parents and ward councillors of the participating schools, in this way the Campaign is a whole school community engagement. The Department intends to continue rolling out the Campaign in other outstanding provinces during this financial year and into subsequent years.

Moreover, districts in collaboration with provincial education departments and civil society organisations also conduct regular awareness raising interventions that advocate for the prevention of violence in schools.  These provincial led programmes include school assembly talks, public debates and dialogues amongst learners.  The DBE monitors these awareness programmes through the District Monitoring of School Safety Programmes annually.

6. Codes of Conduct and Policies

The Department compels all schools to develop and adopt a code of conduct to address ill-discipline of learners. School codes of conduct are aligned with the Constitution of South Africa and child-protection legislation; and are communicated and adopted/ agreed to by all school stakeholders such as SMTs, School Governing Bodies and Learner Representative Councils. School codes of conduct are further supplemented by anti-bullying policies, alcohol and drug abuse policies which contribute towards creating safe and enabling environments in schools.