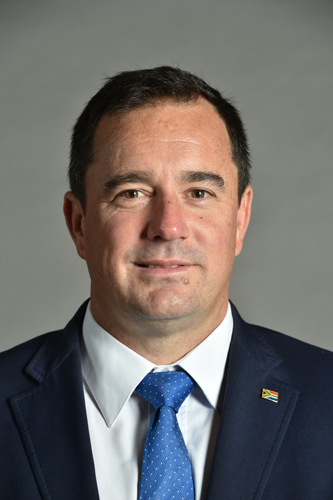 Steenhuisen, Mr JH to ask the President of the Republic

In light of the fact that sections 99 and 206 of the Constitution of the Republic of South Africa, 1996, read together, allow for the devolution of policing powers to provinces, particularly where provinces can show that they can do a better job of keeping citizens safe, what (a) would the Western Cape Government need to do in order to get more policing powers so that they can achieve a safer province and (b) is the Government’s policy position regarding the devolution of policing?

The National Commissioner is, in terms of Section 207 of the Constitution, responsible to control and manage the police service, in accordance with the national policing policy and directions of the Minister of Police. Section 207(4) of the Constitution, further provides that a provincial commissioner is responsible for policing in his or her province, as prescribed by national legislation and subject to the power of the National Commissioner to exercise control over and manage the police service.

The Minister of Police does not have policing powers and therefore cannot assign or transfer the responsibility of the National Commissioner to control and manage the single national police service to a member of the provincial Executive Council or to a Municipal Council.

Such transfer will be inconsistent with the provisions as contained in Chapter 11 of the Constitution, and accordingly, invalid.

The proposed change in the existing legal position will require amendment to the relevant provisions as contained in Chapter 11 of the Constitution.

Government does not have a policy on devolving policing powers to provinces as SAPS is a national competency.

However there is an Integrated Model of Policing Policy to operationalise the policy direction outlined in the National Development Plan and the 2016 White Paper on Policing for a professional and accountable police service, that is underpinned by prudent and efficient use of resources and the use of smart, modern policing approaches.