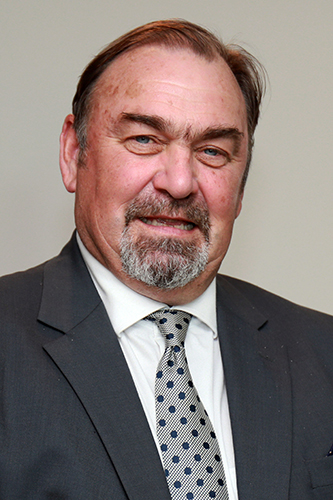 Myburgh, Mr NG to ask the Minister of Water and Sanitation

(1)Whether he has been informed that raw sewerage is still flowing into the Vanderkloof Dam on a daily basis as a result of the failure of the Renosterberg Local Municipality to render basic services, including a functioning wastewater treatment facility; if not, why not; if so, what are the reasons that he has not taken any steps to address the situation. (2) whether (a) the specified local municipality, (b) the Northern Cape Provincial Government and/or (c) any other person and/or entity has approached him and/or his department to intervene; if not, what is the position in each case; if so, what are the relevant details in each case. (3) whether his department will intervene to avert the looming human disaster of untreated sewerage flowing into the second largest dam in the Republic; if not, what is the position in this regard; if so, what are the relevant details of the (a) steps his department will take and (b) timelines in this regard?

1. The Department of Water and Sanitation (DWS) is aware that there is still sewage flowing into the Vanderkloof Dam.

An initial investigation conducted by DWS into the Vanderkloof Wastewater Treatment Plant on 20 June 2018 and 13 September 2018 indicated the following:

Following the initial investigation, the then Acting Municipal Manager was engaged by the DWS to address the non-compliances on site. When the municipality did not cooperate, a Directive was issued by the DWS to Renosterberg Local Municipality on 05 February 2019. in terms of Sections 19(3) and 53(1).

A follow up inspection was conducted by DWS at the Vanderkloof Wastewater Treatment Plant on 21 May 2019, and no improvements were found. The DWS team found that untreated wastewater was flowing into the nearest stream that flows into Vanderkloof Dam and Orange River. None of the temporary remedial solutions agreed upon were implemented by the municipality to curb pollution of the Vanderkloof dam.

2. The DWS has issued numerous administrative notices in terms of sections 19(3) and 53(1) of the National Water Act to the municipality. This administrative process has been unfolding since 2018 and includes investigations and follow up inspections as well as following up on plans and representations submitted by the Municipality to the department. The administrative action to date includes two (2) written directives and verbal directives issued to the Municipality directing it to stop pollution from its sewer reticulation networks into Vanderkloof dam, and to rectify sewer conveyance and ensure the full treatment of sewer in accordance with norms and standards.

The DWS has approached Renosterberg Local Municipality timeously about the pollution from its Vanderkloof Wastewater Treatment Works, with the latest administrative actions taken against the municipality by the issuance of a second Directive dated 24 March 2022 following recent public complaints and investigations conducted on 23 December 2021 and 18-22 March 2022 of the Vanderkloof Pump stations and Wastewater Treatment Works. From the three recent investigations as stipulated above, the following non-compliance were still observed with no remedial actions taken by the municipality:

Furthermore, a recent site inspection conducted by the Department of Cooperative Governance, Human Settlements and Traditional Affairs on 18 May 2022 also concurred with DWS investigations and inspections that the Vanderkloof Wastewater Treatment Works and associated pump stations are causing pollution to groundwater resources and the Vanderkloof Dam.

3. The DWS has intervened by providing funding relief through WSIG (Water Sector Infrastructure Grant) to the Renosterberg LM for the lining of the maturation pond to prevent seepage of wastewater into the Vanderkloof Dam; and a further R4.5 million for the municipality to repair the two (2) non-functional and overflowing pump stations. However, due to the debt that Municipality had with ESKOM, their bank account was frozen as per court interdict in favour of ESKOM recovering outstanding monies owed to it by Renosterberg LM. As a result, no improvements were made to curb the pollution of Vanderkloof Dam and the Orange River.

It should be noted that the municipality has confirmed that the challenges with Eskom have been resolved and that the necessary repairs and maintenance to the sewer reticulation system will commence with the relief funding granted by DWS. The department will closely monitor the implementation of remedial measures and ensure that the requirements of the issued Directives are fully complied with.