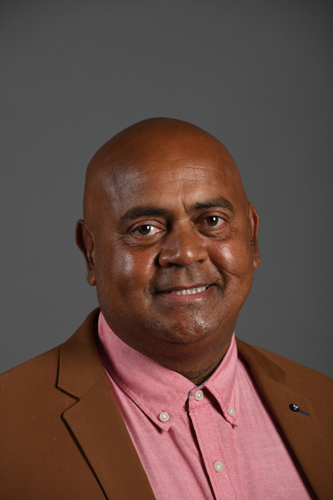 McGluwa, Mr JJ to ask the Minister in the Presidency

(1)What legislative steps and measures have been put in place currently in accordance with section 209(1) of the Constitution of the Republic of South Africa, 1996, to ensure that (a) the (i) functions, (ii) operations, (iii) resources and (iv) means of the Security Cluster are not abused and (b) all and/or any of its activities are measurable and accountable to its objectives as stated above; (2) what means, procedures and/or controls have been put in place to pro-actively and pre-emptively detect and address any abuse of positions and resources?

The SSA) adheres to existing legislation and in addition, it recently adopted the following measures to ensure that its resources are not abused and that its work is measurable:

• At the beginning of every financial year, the SSA prepares a strategic and operational plan that sets out activities of the SSA including financial, human and technical resources to be utilised as well as reporting measures.

• The SSA established an Audit and Risk Committee consisting and chaired by external professionals to continuously monitor the implementation of the strategic and operational plans, including the utilisation of the budget. This process also establishes close cooperation with the Auditor-General in relation to the auditing of activities of the SSA.

• The SSA has recently reviewed its delegation of authority, commonly referred to as the Ministerial Policy and Payment directive. This directive has decentralised authority to various management members and provides limitations on operational and financial approvals. This enables the Director-General to exercise appropriate control and take appropriate actions where there is abuse of authority at any level of the delegated authority.

• The SSA, in consultation with the Audit and Risk Committee as well as the AG, has finalised the Operational Assets and Expenditure Directive. This directive enables the review and monitoring of operational expenses and the proper management of operational assets. This directive also requires the DG SSA to consult DG Treasury on the utilisation and access to the Security Services Special Account established by law.

The SSA is also legally obliged to comply with the Public Finance Management Act no 1 of 1999 and, in particular, Section 40 (a) of the Public Finance Management Act of 1999 (PFMA) that requires that the Accounting Officer of the department keep full and proper records of the financial affairs of the department in accordance with prescribed norms and standards. This is done.

• The SSA also presents its operational reports to the Inspector-General and the Joint Standing Committee on Intelligence in line with the requirements of the applicable laws.

In order to answer the question as to the means, procedures and/or controls that the SSA has instituted to prevent abuse of positions and resources, the legal prescripts are provided and then the action taken.

Section 38 (a)(i) and Section 45(a) of the Public Finance Management Act of 1999 require that the Accounting Officer and other officials ensure that the department maintains effective, efficient and transparent system of financial and risk management and internal control.