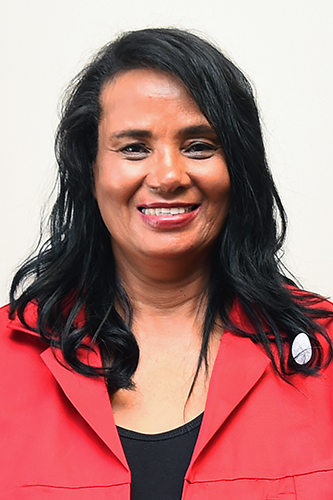 Marais, Ms P to ask the Minister of Transport

Following the widely reported incidences of taxi violence in the Western Cape which took place in 2021, what steps has his department taken to ensure that the taxi industry in the province resolves its grievances through peaceful means?

The following steps were undertaken by the Minister of Transport, Mr Mbalula and the MEC Mitchell, Department of Roads and Transport to ensure that the taxi industry in the province resolves its grievances through peaceful means:

a) That all legal Operating License holders for routes should be allowed to operate the routes authorised by their license without any disturbances;

b) All routes will be monitored and action will be taken against associations and individual operating license holders who are in breach of the instruction;

c) Affected municipalities would be requested to place a moratorium on the issuance of new operating licenses and applications for additional authorities on all affected routes whilst also rationalising the services;

d) Where there is a need for additional services, operating licenses will be apportioned in accordance with the arbitration award;

e) The Department of Transport and Public Works will meet with the arbitrator to expedite the arbitration process and to issue an award within the shortest possible timeframe;

f) The Registrar’s Office will continue with the section 7(A)(20) inquiry to deal with the possible violations of the Code of Conduct and Standard Constitution and to deal with the issue of floor crossing as well as to determine if the affected associations are still properly constituted in terms of applicable legal prescripts. The Registrar’s Office will make recommendations to the PRE in respect of actions against affected operated operating license holders;

g) All affected routes operated by two associations will be closed for all minibus-taxi operations for a period to be determined by the MEC and the affected operating licenses will be suspended using the provisions of section 91 of the National Land Transport Act (NLTA) in the event of any further acts of violence.

h) Any other taxi associations found to be involved in or promoting violence will similarly be suspended or deregistered by following the prescribed processes;

i) Any associations that henceforth affiliates to a region or so called “mother body” outside of its geographical will be suspended by the Registrar’s Office in line with the SANTACO National Constitution;

j) The Department of Transport and Public Works will request the SAPS to open an inquiry in terms of the Prevention of Organised Crime Act to investigate the on-going violence and to prioritise reported cases;

k) Law enforcement capacity and deployment will be reviewed and strengthened in the affected areas to ensure enforcement of all laws without fear or favour;

l) Any allegations of corrupt activities or clear acts of favouritism on the part of law enforcement or regulatory officials will be investigated based on evidence submitted by complainants.