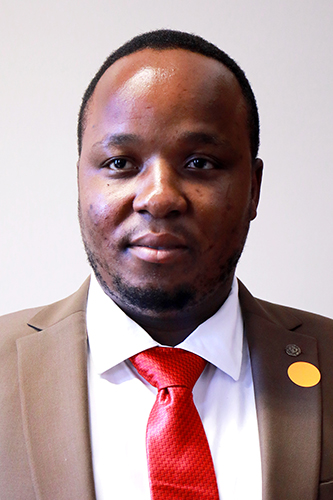 Zondo, Mr S S to ask the Minister in the Presidency

Whether, with regard to advanced connectivity that has brought the world closer together, making the movement of persons, goods, and services easier than ever, and in view of the International Chamber of Commerce projection that the global economic value of counterfeiting and piracy could reach $2,3 trillion this year, the State Security Agency has put any mechanisms and/or measures in place to effectively tackle counterfeiting and piracy within the Republic; if not, why not; if so, what are the relevant details?

While dealing with counterfeit goods falls mainly within the mandate of the South African Revenue Service (SARS), the nature of the challenges to address it necessitates a holistic government approach and this is where the State Security Agency plays its part.

The SSA’s approach to the illicit economy is guided by its mandate and the provisions of the National Strategic Intelligence Act No 39 of 1994, namely:

• Section 2 (1) (b) – relates to the counterespionage responsibility

The SSA’s focus is on a strategic level to determine and advise on the nature and extent of the risks posed by the illicit economy to South Africa’s economic well-being, and to evaluate the strategic implications of the illicit economy for the state’s national interests, -security and -power. Intelligence inputs are provided for in the National Intelligence Estimate (NIE) that identifies intelligence priorities. The SSA has identified illicit trade and illicit commodities as a risk in its Departmental Intelligence Estimate of 2021.

The SSA only considers illicit economy activities for purposes of collection and analysis when such activities are evaluated to represent a significant threat to: (i) South Africa’s economy (ii) the welfare of its citizens, (iii) and/or the legitimacy and continuity of the democratic state.

The SSA will continue to support interdepartmental processes at a national level with the aim of addressing the illicit economy. The main function of the SSA in these interdepartmental initiatives is to provide policy- and operational intelligence support in line with its departmental function when requested by other departments. One such area of cooperation in which the SSA is an active participant relates to mitigating risks posed by vulnerabilities at Ports of Entry and the borderlines that are exploited to transfer counterfeit goods. Vulnerable ports are continuously monitored and tactical operations are conducted on illegal shipments, consequently, transgressors are apprehended and dealt with through the various law enforcement agencies that have executive powers. The SSA also shares information with the Border Management Authority (BMA).

The illicit economy will also remain a priority for engagements with foreign counterparts to ensure processes are in place for effective and efficient exchange of information. The SSA has prioritised the illicit economy, including the issue of counterfeiting, in various past engagements of the Committee of Intelligence and Security Services in Africa.