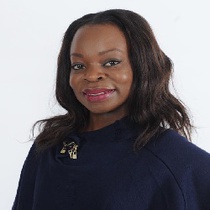 Khumalo, Dr NV to ask the Minister of Police

Whether, with reference to the increase in the crime rate in the Republic, there are currently any collaborative interventions undertaken by the SA Police Service and the Department of Basic Education to deal with the (a) violence in schools amongst learners and (b) kidnapping of children in schools; if not, why not; if so, (i) what has been the method of measuring the impact of the interventions and (ii) to what extent has he found this to a reflection of an ineffective national intelligence function?

(a) The South African Police Service (SAPS) and the Department of Basic Education (DBE) have completed the process of reviewing the School Safety Protocol, which guides the implementation of School Safety Programmes, aimed at promoting safer schools, nationally. There are various crime

awareness campaigns, which are implemented and conducted, by the SAPS, at schools to address, amongst others, incidences of bullying and gangsterism amongst learners, in and around school premises. Currently, there is a National School Safety Violence and Bullying Prevention Initiative that is being implemented, in response to the emerging incidents of bullying and violence by learners on and off school premises.

For the investigation of kidnapping cases, the multidisciplinary teams, make use of the following:

u Arrest of identified persons.

Centralisation of case dockets, for trial in court and prosecutor-directed investigations with the National Prosecution Authority (NPA).

Collection and analysis of data and information received, on the cases that are investigated by the multidisciplinary teams. This intervention has resulted in a decrease in the kidnapping of school children.

(i) The impact of the intervention programmes is measured through ongoing compliance inspections. Capacity building sessions are done where a gap is identified with regard to the implementation of School Safety Programmes.

The involvement of the National Crime Intelligence does yield positive results, which assists investigation teams in effecting arrests and aeizures, as well as the confiscation of valuable exhibits during track and trace operations.
Reply to question 272* recommended/ (SOEG)