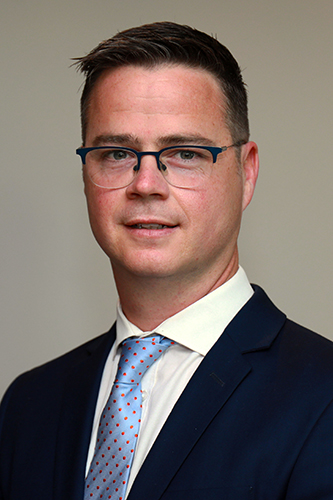 Bryant, Mr D W to ask the Minister of Forestry, Fisheries and the Environment

(1) With reference to the collaboration between the Government and the Mozambican government that remains an essential aspect of the war on poaching in the Kruger National Park (KNP), what are the full details and minutes of all (a) meetings and (b) initiatives in the past three years between SANParks and/or KNP and the Mozambican authorities in this regard; (2) whether there has been any collaboration between her department and the Ministry of Police to work together to address the criminal networks that are allegedly operating via Mozambique; if not, why not; if so, what are the relevant details?

(1) (a) Minutes of joint safety and security meetings are confidential and cannot be shared, as these documents contain sensitive security-related content, including details about anti-poaching campaigns.

(b) The South African National Parks (SANParks) engages with the Republic of Mozambique through a number of forums established in accordance with the International Treaty signed in 2002 between South Africa, Mozambique and Zimbabwe. This includes the Greater Lebombo Conservancy (GLC) Security Forum which consists of:

Before the COVID-19 Pandemic, meetings were held quarterly in Xinavane, but have since been held virtually or along the South Africa/Mozambique Boundary. Various high-level visits have taken place between South Africa (SA) and Mozambique, and this includes a Mozambican delegation visit to KNP in October 2019. The delegation consisted of ANAC and Park Managers from Mozambique. It is also important to understand that at an operational level, the relationship between KNP Rangers and their Mozambican Counterparts (whether government or neighbouring concessions) does not function on the basis of scheduled meetings, but rather on daily communication and co-ordination via telephone or radio. The success of the current relationship and the efficiency it brings to law enforcement efforts is based on the building of trustful relationships informed by a shared vision. This has developed over time. This partnership informed the development of a Joint Safety and Security Plan for the Greater Lebombo Conservancy, Kruger I ationaI Park and Limpopo National Park.

There are also structures in place to give effect to the 2002 Treaty to support the policing structures on combating crime, as well as the Memorandum of Understanding (MoU) between the department and ANAC signed in 2014 on Cooperation in the Field of Biodiversity Conservation and Management. These include the following:

a. GLTFCA Joint Management Board

d. Forum of SADC Chiefs of the Armies, South Africa and Mozambique in which SANParks participates through the department.

(2) SANParks’ Environmental Crime Investigations (ECI) Unit has, since 2013, had a working relationship with the Mozambique Police in Maputo and Gaza Provinces as well as ANAC in Maputo. Since the start of this collaboration, SANParks officials have visited Mozambique on a regular basis and vice versa. Information pertaining to wildlife crime, including rhino, elephant, lion and pangolin poaching is shared during these sessions. Members of the aforementioned Mozambican departments have, on many occasions, visited Nelspruit and Skukuza Police Stations to obtain details or statements from arrested Mozambican suspects to better understand wildlife crime networks in Mozambique. This co-operation has led to a number of successes in the fight against wildlife crime.

In addition to the ongoing collaboration that is taking place with the Mozambique Police, both with SANParks ECI (as indicated above) and SAPS (through the police co-operation structures that are in place), the depa#ment also works very closely with ANAC to ensure that information on wildlife crimes is shared timeously; linkages between the countries are understood and support in relation to investigations is provided. Where confiscations of rhino horn take place in Mozambique, samples of these horns are transported to the SAPS Forensic Science Laboratory in Pretoria so that analysis can be undertaken and linkages can be determined to poaching scenes, stockpiles or live animals in South Africa.

MINISTER OF F RESTRY, FISHERIES AND THE ENVIRONMENT
DATE:19/11/2021