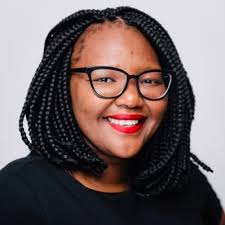 Gwarube, Ms S to ask the Minister of Health

(1)What are the reasons that two certain health professionals (names furnished) are not yet disciplined by the SA Nursing Council and the Health Professionals Council of South Africa for the Life Esidimeni deaths; (2) whether investigations regarding the disciplinary cases of the two health officials are still ongoing; if not, what is the position in this regard; if so, (a) what are the reasons for the delays, (b) by what date will the outcomes of the disciplinary proceedings be announced and (c) who is responsible for the disciplinary proceedings?

1. The SANC is looking into allegations made against Dr Manamela as nurse practitioner, registered in terms of the Nursing Act, 2005 (Act No. 33 of 2005).

2. (a) The disciplinary cases of the health official is still ongoing.

There was no delay on the side of SANC. Several correspondences to Gauteng Province were issued as soon as the matter was brought to the attention of SANC to request for further information to enable the relevant committee of Council to conduct the investigation accordingly.

There was, however, a delay in the provision of such information despite several follow ups made by the office of the Registrar at SANC.

(b) This is not possible to predict as it is dependent on many external factors and procedural factors for instance but in no way limited to:

(c) Two committees of Council are responsible for the majority of the process, the Preliminary Investigating Committee, which has finalised the preliminary investigation and the Professional Conduct Committee, to which the matter has been referred, to effect a formal hearing.

1. The HPCSA has taken disciplinary steps against Dr TE Selebano following the report of the Health Ombudsman.

The investigation was conducted and on the 11&12 October 2018 the matter was placed before the Fourth Preliminary Committee of Inquiry of the Medical and Dental Professional Board (“the Committee”).

After deliberations based on the available evidence the committee determined that there are grounds for a professional conduct inquiry into the conduct of Dr TE Selebano and directed that an inquiry into matter be held.

2. (a) The disciplinary cases of the health official is still ongoing

The matter had been set down for hearing on several occasions and had been postponed for a variety of reason including the obtainment of the transcripts from Judge Moseneke’s arbitration, lockdown due to COVID 19 making it impossible to have a physical hearing (and respondent objecting to virtual hearing), the delays in the appointment of new professional boards in 2020, unavailability of respondent legal representative, and inquest proceedings.

(c) Fourth Preliminary Committee of Inquiry of the Medical and Dental Professional Board.