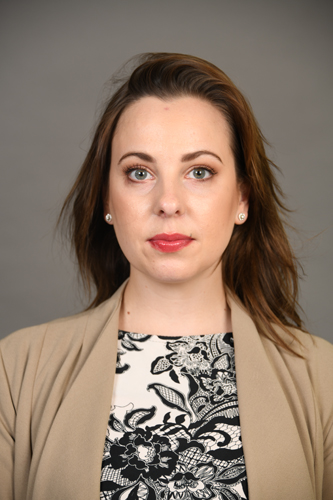 Powell, Ms EL to ask the Minister of Home Affairs

(1)With reference to the (a) Department of Public Works and Infrastructure, (b) United Nations, (c) African Union, (d) Southern African Development Community, (e) International Organisation for Migration and (f) any other government administration, both domestically and internationally assisting and/or deporting the refugees currently occupying 24544-RE, Cape Town, which is owned by the Department of Public Works and Infrastructure, on what dates did his department engage with each specified administration; (2) whether he will furnish Ms E L Powell with the written minutes of all engagements his department has had with them; if not, why not; if so, what are the relevant details?

(1)(a) Engagements were conducted between myself, the Minister of Public Works and Infrastructure and Premier of the Western Cape in 2020 regarding the provision of shelter at two sites in Cape Town following the removal of the protesters from Greenfield and the Methodist Church in April 2020.

(b) The UNHCR initially provided funding for the tents and ablution facilities for the protestors at the two mentioned facilities, but indicated that they could no longer do so after February 2021. According to the UNHCR, it further provided assistance for persons willing to reintegrate back to the local communities or repatriate to their countries of origin as part of their mandate.

On local reintegration the UNHCR offered a reintegration package to cover basic rentals and necessities for three months, as well as counselling support for those choosing to reintegrate. The project which was originally intended to end on 30 April 2021 was then extended to 15 May 2021, following requests by some of the refugees. With many registering at the eleventh hour, UNHCR consulted with Department of Home Affairs to continue with the reintegration process for those for who registered by the deadline of May 15. UNHCR’s implementing partner, Adonis Musati, assisted with the implementation of the reintegration project that has now reached completion.

The status report of the reintegration indicated that 810 persons have reintegrated back into their communities. A total 761 persons were from Wingfield, and 49 persons were from Paint City. Of the 810 persons, the vast majority were from Democratic Republic of Congo, (739 persons), followed by 26 persons from Congo Brazzaville, Burundi (15 persons), Zimbabwe (8 persons), Angola (6 persons), Cameroon (5 persons), Zambia (4 persons), Somalia (2 persons), and a few single persons from Mozambique, Malawi, Cote d’Ivoire, Tanzania and Nigeria. In terms of gender breakdown, 427 persons are male and 383 persons are female. 334 persons under the age of 18 years and 43 persons have benefitted from a small livelihoods component in the programme.

An additional 50 persons have voluntarily returned to their country of origin, all but 2 are from Paint City, these are mostly women and children. Of this number, 48 persons returned to Burundi, 1 to Democratic Republic of Congo and 1 to Cote d’Ivoire.

In total, in Cape Town, UNHCR project has assisted 860 persons from two sites this year, either to reintegrate or voluntary return to their country of origin. The UNHCR’s voluntary repatriation programme remains active and all new persons at the two sites of Wingfield and Paint City who still wish to reintegrate back into their communities will now be referred back to UNHCR’s regular programme where the partner will conduct individual needs assessment to determine eligibility for assistance.

(c) No engagements with the SADC

(d) No Engagements with AU

(e) On 7 May 2021, a request was made to the IOM Chief of Mission for the organisation to assist in managing and evacuation process in the Western Cape. The total number of 43 families with a head count of 75 undocumented persons. The DHA had already been working with UNHCR to facilitate the dignified departure of those who had indicated an intention to repatriate from the Paint City location of protests.

A list of the names was provided by Asylum Seeker Management (ASM) for verification of status and documentation for effecting direct documentation which could not be conducted via Lindela Holding Facility. Initial engagements were embarked virtually with the Mission to discuss the required operations, phases, timeframes and logistics (including the issue of travel documents in Pretoria). The DHA therefore envisioned a direct deportation from Cape Town – probably through OR Tambo International Airport to their countries of origin.

On 28 May 2021, the IOM Mission advised that it was still coordinating with its head office in Vienna as to whether assistance could be extended to this group in Cape Town. There was also a request for the interviewing and filling of forms with the returnees at Lindela. However, this was not possible due to the space accommodated forcefully by refugees at Lindela since November 2019, though they are not deportees, but were brought in there on humanitarian basis while being documented and assisted with evacuation.

On 1 June 2021, the IOM proposed conducting telephonic interviews and for the completion of forms as the Mission does not have a presence in Cape Town. Thereafter, the documents would be forwarded to their headquarters to assess the cases and eligibility for funding. At the time, the mechanisms of operations of the Mission did not allow for the implementation of the evacuation requests, as there needs to be face to face interaction between the interviewer and the applicant requiring assistance, this includes the completion of documents.

This decision by the City of Cape Town would have disrupted the good work that the UNHCR and IOM were doing. On 15 April 2021, I held a meeting with the Premier of the Western Cape, as well as with the DG of DHA and DG of the Western Cape. This meeting resolved that the DHA and the Western Provincial Government would share the cost of the marquee tent and ablution facilities at Wingfield for a period not more than 2 weeks, ending on 30 April 2021. This decision was taken to avoid a humanitarian crisis. On 19 April 2021, the Minister of Home Affairs announced this joint decision (supported by the UNHCR Representative and Premier of the Western Cape) that the tents and ablution facilities at both Wingfield and Paint City temporary shelters will be removed 2 weeks from the 15 April 2021.

The deportations of the some of the protesters were effected by engaging with the respective governments of some of the protesters in order to obtain the necessary travel documents for their deportation. The governments concerned were Burundi and the Democratic Republic of Congo (DRC). The engagements with Burundi, Rwanda and DRC were in March 2021. The deportations that have taken place were 15 to Burundi in December 2020 and 17 to DRC in April 2021.

(2) Ms E L Powell can apply through the “Promotion of Access to Information Act” to the various stakeholders to have access to this information.