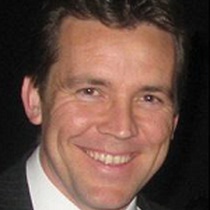 (1)What (a) is the estimated expenditure on (i) compensation of employees, (ii) systems development and (iii) other goods and services for each year of the 15-year Border Management Authority implementation project, (b) are the specific implementation milestones for each year and (c) is the target date for the Border Management Authority to take over border co-ordination responsibility from National Joint Operational and Intelligence Structure; (2) Whether funding guarantees have been secured for the full 15-year implementation project; if not, what is the position in this regard; if so, what are the relevant details?

(1)(a)(i) In terms of the BMA Blueprint estimated expenditure on Compensation of Employees for the fully-fledged BMA Public Entity is R2,974,962,978.00. It is important to note that the estimates included in the cost model would reflect compensation budgets to be transferred by principal departments whose functions are to be transferred to the BMA. However, the realization of additional budgets would be based entirely on availability of funds from the National Treasury.

(a)(ii) As far as estimated expenditure for Systems Development is concerned, notable establishment costs considered to be incurred are as follows:

The actual cost for ICT systems is still being determined and given the disparity in prices, an estimate has not been included in cost model.

(a)(iii) In terms of the BMA Blueprint, the estimated expenditure for Goods and Services for a fully operational BMA will be R5,281,133,622.00. It is important to note that the estimates included in the cost model would reflect budgets for goods and services to be transferred by principal departments whose functions are to be transferred to the BMA. However, the realization of additional budgets would be based entirely on availability of funds from the national fiscus.

(b) The BMA Roadmap outlines the following six (6) Phases for the full establishment and integration of the BMA:

Each Phase will cover each of the following aspects:

(c) Noting the phases of the Roadmap above, I appointed an Acting BMA Commissioner in January 2021 to drive the process of the implementation of the Act and the incremental roll-out of the BMA. The Department of Home Affairs was, through a Cabinet decision, mandated to coordinate all operational activity at Ports of Entry. However, due to human resource constraints, the Department entered into a Multi-Party Agreement with all departments at the border to afford some of the departments to coordinate activities at Ports of Entry.

(2) No funding guarantees have been secured from the National Treasury yet. The current arrangement with the National Treasury is that the costing for each Implementation Phase and the MTEF Budget Submission. It should be noted that the total cost identified in the BMA blueprint will be incrementally implemented over the identified six (6) Phases in the roadmap. All expenditure incurred will be costed for each Phase against the various cost categories.