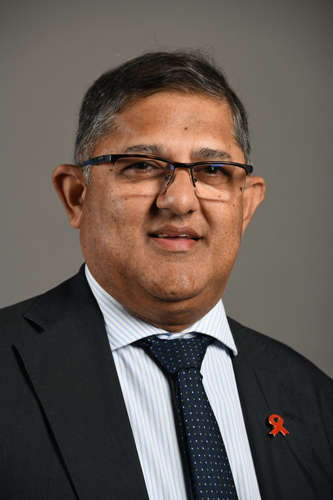 Singh, Mr N to ask the President of the Republic

With regard to his statement (details furnished) on Africa Day on Tuesday, 25 May 2021 and in light of the fact that much of the Republic’s current debt is odious and its trajectory, according to analysts, is not sustainable in the long run, what are the full, relevant details of the plan to achieve the ideals of public debt management, financial integrity and the creation of a more favourable climate for private sector investment?

Government is committed to promoting economic recovery and returning the public finances to a sustainable position. Faster economic growth remains the most important determinant of fiscal sustainability, and private investment remains a key driver of that growth. For this reason, government is taking steps to promote both private and public investment.

The economy has started to recover in response to improved global conditions and the easing of lockdown restrictions – and in the months ahead, a mass vaccine rollout will support a full reopening of the economy. At the time of the 2021 Budget, GDP growth of 3.3 per cent was projected for 2021, although recent strong GDP outcomes have opened the possibility of a better growth outlook.

Government’s balanced and prudent fiscal strategy is designed to stabilise the public finances. For example, the 2021 Budget provided continued support to the economy and public health in the short term without adding to long-term spending pressures.

In addition to these fiscal measures, government is working to promote investment.

Operation Vulindlela, a collaboration between the National Treasury and the Presidency, is working with the relevant departments to address many of the structural impediments to investment, such as the high cost of doing business, low levels of competitiveness and a weak public‐sector balance sheet.

Addressing these can unlock large‐scale investment by the private sector to support inclusive growth and job creation.

Recent initiatives such as Infrastructure South Africa and the Infrastructure Fund are instruments to enhance collaboration and attract private‐sector investment. This is done through partnering with the private sector, multilateral development banks and development finance institutions to bolster investment capacity, expertise and financing.

The commitment to these initiatives was further solidified in the 2021 Budget, where it was announced that government will be providing initial support of R18 billion to the Infrastructure Fund over the medium term. Several collaborative projects under the Fund are already underway, including student housing, digital infrastructure and water infrastructure.

By carefully managing public spending, undertaking structural reforms and shifting public expenditure towards fixed investment, we have embarked on a path to reduce public debt in a responsible and sustainable manner.