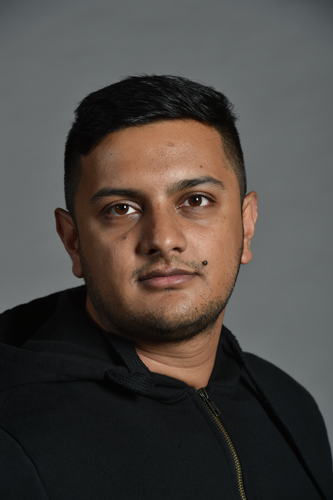 Sarupen, Mr AN to ask the Minister of Cooperative Governance and Traditional Affairs

(1)What are the causes and/or reasons for the prolonged closure of the waste disposal sites in Springs, Ekurhuleni; (2) whether the employees and/or contractors are still being paid despite the prolonged closure; if not, what is the position in this regard; if so, what are the relevant details; (3) (a) on what date will the specified sites be reopened and (b) what steps will be taken to provide waste disposal facilities to residents in the area in the short term?

1. The response was sourced directly from the Provincial Department of Cogta and the Municipality.

The Rietfontein Landfill site, situated in Kwa Thema, is the only waste disposal site in Springs, Ekurhuleni that has faced a prolonged closure.

Operations and Maintenance at the City of Ekurhuleni landfill sites are outsourced on a three year contract basis. The contract for the Site Operator (service provider) for the Rietfontein Landfill site was scheduled to run from July 2017 until June 2020. By April 2020 the municipality had begun the process of renewing the contract, however the new tender that was scheduled to be advertised on the 26th April 2020, after supply chain processes for the tender advertisement to be ready, was put on hold due to the national ‘lock-down’ that was announced by the President at the end of March 2020. For this reason, the Site Operator’s contract was extended for six months, until 31st December 2020 for service delivery to continue. With the easing of the National Lockdown Regulations, the new tender was eventually advertised in June 2020 and closed in July 2020. The tender however was confirmed as a ‘non-award’ in December 2020 due to non-acceptable tenders (bidders) received.

The prolonged closure of the Rietfontein Landfill site, situated in Kwa Thema, in Springs, Ekurhuleni therefore resulted from the following:

(i) The expiry of the service provider’s three year contract initially ending on 30 June 2020, but extended in accordance with the municipal supply chain regulations from 1 July 2020 to 31 December 2020 during the unanticipated national lock-down as outlined above.

(ii) The new appointment for the service provider could not be done as (tenders) bids received were non-acceptable.

(iii) The closure, while due process to appoint another service provider is under way, does not disrupt service delivery as waste vehicles are being diverted to the nearest City of Ekurhuleni landfill sites, namely Weltevreden in Brakpan and Platkop in the Suikerbosrand.

2. There is currently no Site Operator on siteas supply chain processes are under way for a new service provider, hence no contractor is being paid for waste disposal operations on site. The only contractors on site are security personnel who are paid for safeguarding the following City of Ekurhuleni assets:

3.(a) The supply chain management processes of appointing a new Site Operator are underway and the new appointment is scheduled to be done in July 2021 for the waste disposal operations to resume.

(b) Waste vehicles are being diverted to the nearest City of Ekurhuleni landfill sites, namely Weltevreden in Brakpan and Platkop in the Suikerbosrand.