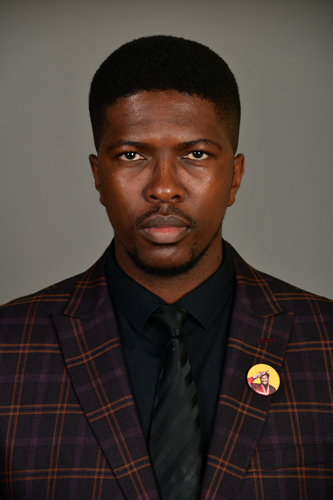 Hlengwa, Mr M to ask the President of the Republic

With reference to the three envoys, former Heads of State Ms Ellen Johnson Sirleaf of Liberia, Mr Joaquim Chissano of Mozambique and Mr Kgalema Motlanthe that he, as the Chair of the African Union (AU), sent to meet with the Ethiopian Prime Minister, Mr Abiy Ahmed, to seek a peaceful resolution to the conflict in the northern Tigray region, what (a) are the details of the outcomes of the meeting in light of the fact that the Ethiopian government has continued with military operations in the specified region, (b) other interventions will the AU undertake to arrive at a peaceful resolution of conflict in the region and (c) interventions will South Africa be seeking from the United Nations Security Council to assist in the peaceful resolution of the conflict in the region?

The Envoys visited Ethiopia on from 25 to 28 November 2020 where they met various senior Ethiopian Government officials including President Sahle-Work Zewde and Prime Minister Abiy Ahmed Ali.

The Envoys provided me with information pertaining to their visit through a Zoom meeting on 15 December 2020.

The Special Envoys were informed by the Ethiopian Government interlocutors, including the Prime Minister, that the attack by the Tigray People's Liberation Front (TPLF) on the Northern Command military base of the Ethiopian Federal Government, were acts of treason.

In response, the Special Envoys emphasised the need for an inclusive dialogue, with all stakeholders comprising the Prime Minister, all the political parties, including the TPLF and other institutions. The Special Envoys have also informed me that that the humanitarian situation is of serious concern.

During the conflict, all the borders were closed and UN agencies were not allowed to deliver the support needed. It was not only the people of Tigray who suffered, but also citizens in other areas. In one case, a UN convoy was attacked. The situation has now improved and aid has started to flow.

I have held a virtual meeting with Prime Minister Abiy on the Great Ethiopian Renaissance Dam (GERD) issue and also used this opportunity to also discuss the Tigray conflict.

Further to this, I will hold a follow-up meeting with the Special Envoys. It would likely be necessary for them to travel to Ethiopia again.

My involvement in this crisis is contingent upon South Africa’s Chairship of the African Union (AU), which will be relinquished in February 2021.

In conclusion, I wish to stress that the United Nations Secretary-General has deferred discussion on the Tigray crisis at the United Nations, including placing the issue on the agenda of the Security Council, to provide the African Union with an opportunity to deal with this matter.