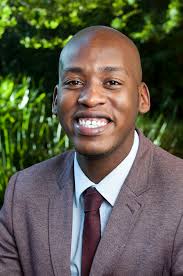 Mphithi, Mr L to ask the Minister in The Presidency for Women, Youth and Persons with Disabilities

Whether she will furnish Mr L Mphithi with the details of the recruitment process that was followed for the appointment of a person in the position of Chief Director: Rights of People with Disabilities; if not, why not; if so, what are the relevant details?

The Recruitment process that was followed for the appointment of a person in the position of Chief Director: Advocacy and Mainstreaming, Rights of Persons with Disabilities was as follows:

The post of Chief Director: Advocacy and Mainstreaming, Rights of Persons with Disabilities with reference no. DWYPD 002/2020 was amongst those posts advertised on 22 December 2019 in the media in the City Press / Rapport and the DPSA Circular 02 of 2020 on 10 January with the closing date of 31 January 2020.

Response handling was done internally, all applications received were captured on the selection grid with a total number of 96 applicants.

The selection committee members, including the HR representative, signed the declaration form as expected to maintain confidentiality and objectivity.

Security screening were conducted in collaboration with the Directorate: Security Management; and references checks were also conducted.

All shortlisted candidates were subjected to a 60-minute similar technical exercise prior to their interviews that was intended to test relevant technical competencies of the job and each of the candidates were scored on the basis of their performance during their interviews to enable the panel members to recommend the successful candidate to the delegated authority for appointment.

The selection committee reached consensus at the end of the interview process on the nomination(s) to be made; the necessary motivation for the recommended as well as candidates not recommended were provided to the HR representative.

A runner-up candidate was recommended to be appointed in the event where the recommended candidate declines the offer for any reason.

The selection committee signed the certificate of confirmation of nomination for appointment to the advertised post with the necessary motivation.

The selection panel recommended the top two preferred candidates to attend the generic managerial competency assessment in compliance with the Department of Public Service and Administration Directive on the Implementation of Competency-Based Assessment.

A request submission for approval of the delegated authority was prepared for appointment to fill the advertised post of Chief Director: Advocacy and Mainstreaming, Rights of Persons with Disabilities.