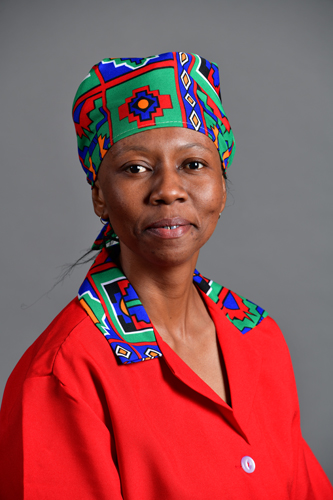 Tito, Ms LF to ask the Minister of Home Affairs

(a) What is the total number of cases of blocked identity documents (IDs) in his department and (b) how long does it take his department to investigate and resolve the matter of a blocked ID?

a) The Department has eight hundred and thirteen thousand three hundred and forty-three (813 343) identified cases of blocked identity documents (IDs) under different categories. The afore-mentioned total includes cases that have to remain blocked as these cases are already investigated and/or marked for deletion so that they should not be used again as such.

The breakdown of the categories are as follows:

It has to be highlighted that when the Department delivers services to citizens and non-citizens of this country, it will come across cases of Identity theft, where an Identity document was acquired illegally, fraudulently, where supporting documents were falsified or inadvertently where identity numbers are duplicated. In all such cases markers are set on the National Population Register(NPR) as a means of ensuring the integrity and credibility of the National Population Register.

In addition, markers are set on identity numbers such as cases that are referred to as “under investigation” for various reasons or causes. When the Department receives cases of this nature, they first have to investigate these cases to establish if indeed the Identity document was acquired illegally, then those Identity numbers are definitely blocked. Where there is sufficient evidence provided to the contrary, markers are lifted accordingly.

The following reasons mainly attribute to why IDs are blocked and markers are set on the National Population Register:

​b) It takes the department approximately six (6) to eight (8) weeks to resolve and to finalise blocked Identity documents, provided all required supporting documents to resolve these cases are obtained from the applicant. This includes the time when the client visits the front office and the receipt of all requested documentation to resolve the case in line with the Standard Operating Procedures (SOP’s).