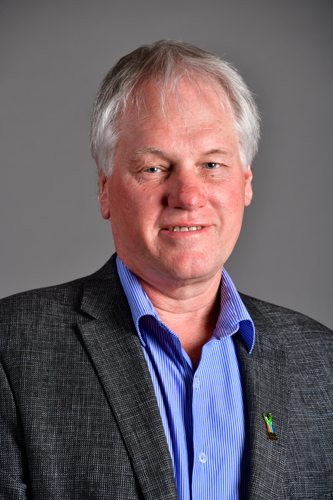 Krumbock, Mr GR to ask the Minister of Cooperative Governance and Traditional Affairs:

(I), (2) and (3) The Honourable Member should note that by-elections-to elect a new Municipal Council in the Mpofana Local Municipality with held on 26 November 2014. Before this by-election was held, a recovery plan was circulated to relevant stakeholders for input. The recovery plan covered the following priority areas:

From the assessment made by the KZN CoGTA Department, it appeared that Mpofana Local Municipality would still be in a vulnerable state when the section 139(1) (c) intervention terminated after the by-election was held. The Provincial Executive therefore took a resolution to replace this intervention with a directive issued in terms of section 139(1) (a) of the Constitution after the by-election. This directive, which was envisaged to expire at the end of March 2015, provided that the municipality must fulfil the following:

(i) Adopt by Council Resolution, the exit strategy in respect of the close-out report of the intervention in terms of section 139(1) (c) of the Constitution, and accept the continuation and provision of support by KZN CoGTA or any other stakeholder during the period of the intervention;

(ii) Accept a resource deployed by CoGTA to assist the municipality to implement the exit strategy;

(iii) Ensure that the Municipal Manager and all senior managers account in respect of all indicators included in the exit strategy, on a monthly basis;
(iv) Attend all Steering Committee meetings convened by KZN CoGTA on interventions; and

In the notice of the termination of the intervention, it was reported that the Mpofana Local Municipality has made substantial progress on its exit strategy and also complied with the above directive. It was also reported that the remaining issues on the exit strategy will be implemented by the municipality, with ongoing support from KZN CoGTA and other sector departments. Strategies to address outstanding issues were developed and these strategies were integrated into the Back to Basics approach.

Apart from the above notice, a presentation of the close-out report which was prepared by the Ministerial Representative has highlighted several overall achievements of this intervention. Some of these achievements are the following:

(iv) As most service delivery challenges revolve around water shortages, the municipality and Umgungundlovu DM are working much closer than before to address the problem;

(v) Successful resolution of the litigation matter between the municipality and Tai Yuen Textiles; and

(vi) Sporadic service delivery protests have been promptly addressed, and there has been an improvement in meeting legislative compliance deadlines.

The achievements made during this intervention partly address the challenges that were prevalent in the municipality, which led to the intervention, such as the absence of an Internal Audit Committee. These achievements also address some of the challenges which were identified in the Back to Basics Support Plan for Mpofana Local Municipality, such as serious backlogs in water provision.

Notwithstanding these achievements, it appears that there are still several challenges among those that were identified shortly before the intervention was invoked, which still remain unaddressed. Examples of these are losses in the sale of electricity, due to illegal connections, and poor debt recovery. In addition to these, the presentation of the close-out report lists further challenges in this municipality. Some of these challenges are:

(i) Very weak internal audit and audit committee, and the skills audit process is long overdrawn and still incomplete;
(ii) The projected budget is in deficit, and there is a lack of relevant capacity in managing municipal finances within the Budget and Treasury Office (BTO), which will delay the financial turnaround;

(iii) The municipality owes grant funds, used for operational reasons, and there is no reflection in the budget on how this will be paid back;
(iv) Inadequate project management and coordination at a technical level delays project implementation;
(v) Ability to manage Municipal Infrastructure Grant (MIG) and other grants is inadequate, and there is inadequate development planning capacity; and
(vi) No risk management.

In light of the challenges still prevalent in the Mpofana Local Municipality, the MEC will closely monitor and provide the necessary support to the municipality, working together with the relevant KZN Back to Basics Task Team.