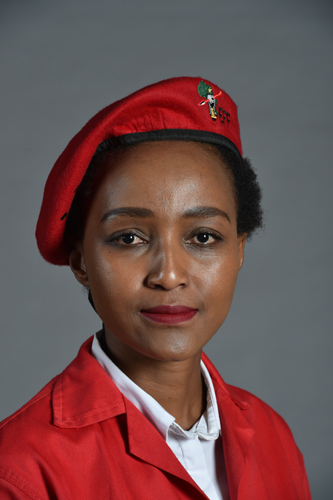 Msane, Ms TP to ask the Minister of Health

Whether his department has any plans to source goods from black industrialists sponsored and/or funded by the Department of Trade, Industry and Competition for items such as (a) bed linen and (b) food?

The following responses were received from the Provincial Departments of Health:

The Department complies with the requirements of Local Content for the designated items.

The Department issued a competitive (and transparent) bid through the government tender bulletin. The bid requirements included compliance with Local Content, including SBD 6.2 and relevant Annexures for declaration. Awards were made to companies that complied with this requirement.

The department procures patient food for the ECDOH facilities and where processed vegetables are procured; Local Content requirements are complied with. The department currently has a combination of procurement strategies which include long term rate-based contracts and quotations, compliance to this requirement is monitored on an ongoing basis.

The Department did not do any limited bidding specifically targeted support by the Department of Trade, Industry and Competition department.

The Department procures goods, services and works in line with the applicable laws and regulations governing Public Sector Supply Chain Management Systems in the Country. The procurement of (a) bed linen and (b) food may only be done directly from aforementioned group on directive and/ or instruction by the Minister of Finance at National Treasury.

The Department has adopted a radical approach to transform health economy by encouraging sub-contracting to Township Enterprises and designated groups through the value chains of health sector markets which have proven to be monopolistic in nature. This will assist the department to achieve by embracing the system thinking approach and involving the current market structures towards inclusive health economies.

The Department gives preference to targeted groups including township suppliers when procuring the following:

a) Procurement of Patient Clothing and Hospital Linen from Women Cooperatives.

In addition, and where possible, the Department has enforced Subcontracting of building alterations during procurement of medical equipment.

The Department source goods from black industrialists sponsored and/or funded by the Department of Trade, Industry and Competition for items such as:

(a)-(b) The procurement of goods or any services within the public sector is guided by Section 217 of the Constitution of South Africa which says “When an organ of state in the national, provincial or local sphere of government, or any other institution identified in national legislation, contracts for goods or services, it must do so in accordance with a system which is fair, equitable, transparent, competitive and cost-effective”.

The Department does not object to any plans to source goods from black industrialists sponsored and/or funded by the Department of Trade, Industry and Competition. At this stage the Department is unaware of the procurement process that includes the DTI & Competition or any approval from National Treasury for procurement of goods through set asides.

It is the position of the Department to implement Preferential Procurement Regulations, 2017 “REGULATION 4” (Pre-Qualification Conditions) in order to advance designated groups when advertising tenders where possible.

a) The Department is in the process of finalizing a specification for the supply and delivery of bed linen and patient clothing for advertisement in the new future. The specification will include requirement for minimum threshold for local content and production. The bed linen are currently procured on a contract that was extended on a month-to-month basis for a period not exceeding six months effective from 01st June 2020. The Department will also consider the use of pre-qualification criteria in terms of the Preferential Procurement Regulations, 2017 to address black ownership.

b) The following bid with a closing date of 08th November 2019 was advertised in the Mpumalanga Provincial Supply Chain Management Bid Bulletin Volume No. 283 published on 09th October 2019:

The above bid was evaluated, adjudicated and awarded to twenty-three service providers effective from 01st June 2020. Any plans to source goods from black industrialists sponsored and/or funded by the Department of Trade, Industry and Competition can only be considered after expiring of the existing contract

a) The Northern Cape department of Health is considering procurement from companies listed on the Department of Trade and Industry and Competition on bed linen.

As the Provincial Health Department we always strive to source items from black-owned companies regardless of whether or not they are sponsored and/or funded by DTI and Competition. It is usually difficult to determine who funds the companies, as it is usually not a requirement, in terms of PPR 2017 (Preferential Procurement Regulations 2017) when requesting bids for items. In the case where there are no black companies in the relevant sector i.e. Medical Equipment, we ensure their participation through sub-contracting of 30% of the total cost of the bid amount to SMME’s.

Western Cape Government Health (WCGH) currently has no such plans, however:

a) WCGH procures its linen from Service Products (Supported Employee Enterprises) which is an entity of the Department of Labour; and