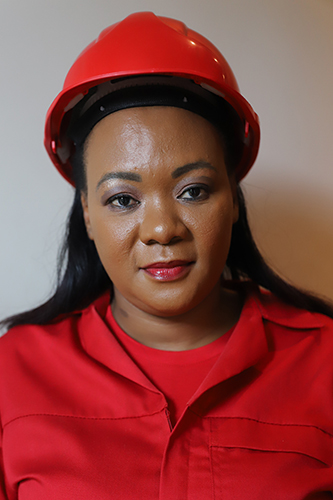 Maotwe, Ms OMC to ask the Minister of Public Enterprises

The term of the Eskom Pension and Provident Fund (EPPF) Board, ofwhich Ms Mantuka Maisela was the Chairperson, expired on 31 May 2020. However, because the governance process was not in place on 31 May 2020 and Eskom did not want to be the cause of a non-constituted Board, which had been a finding of the Financial Sector Conduct Authority (FSCA) against the EPPF previously, Ms Maisela and the other two trustees were appointed to avoid such an occurrence.

The appointment letters were drafted to appoint them for a full term because the rules of the Fund did not provide for temporary appointments, but for replacements, where Eskom had the right to replace an employer board member at any time on reasonable grounds.

In a letter dated 29 May 2020, Ms Maisela was informed that her appointment was subject to the finalisation of the governance process and that it was to be read in conjunction with rule 3.5(1) of the EPPF rules, which provides that an employer board member could be replaced by Eskom at any time on reasonable grounds.

Eskom followed an appointment process for the EPPF Chairperson position with the assistance of an executive search company. Shortlisted candidates were interviewed by an Eskom panel that consisted of the Chief Financial Officer (CFO), Senior Manager Human Resources, and Recruitment Manager, and all internal governance processes were adhered to. Ms Maisela was not part of the process because she was not shortlisted.

In its decision not to extend Ms Maisela’s appointment, Eskom also considered the fact that Ms Maisela had acted in various roles on the EPPF Board since 2004, which made a total of 16 years, for 12 of which she had been appointed by Eskom. This tenure considerably exceeded the recommended period for a non-executive director in terms of governance processes.

Eskom took the above into consideration and decided that it would not be in the interest of good governance for the EPPF and Eskom to reappoint Ms Maisela as the Chairperson of the EPPF Board.

The CFO recommended the successful candidate’s name to the Group Chief Executive (GCE), and the GCE, in consultation with the Chairman of the Board, recommended the appointment to the People and Governance Committee (P&G), a subcommittee of the Board, for approval. The P&G approved the submitted name and recommended approval of the appointment by the Minister. It must be noted that this is merely a formality as the Minister is not involved in the process identifying new members of the Board. There were delays in soliciting the P&G approval due to the lockdown. The P&G recommendation reached the Minister on 15 May 2020.The Minister approved the recommended candidate on 9 June 2020. Eskom appointed the Chairperson with effect from 1 July 2020, and the name was submitted to the EPPF Board for final approval.

The EPPF Board approved the appointment of Ms Caroline Henry on 15 July 2020, and therefore, Eskom did not have authority to extend Ms Maisela’s appointment beyond 30 June 2020.

It should be noted that Ms Maisela was not the only trustee who was replaced in terms of rule 3.5(1) of the EPPF rules on 30 June 2020, as she was replaced along with two other trustees.