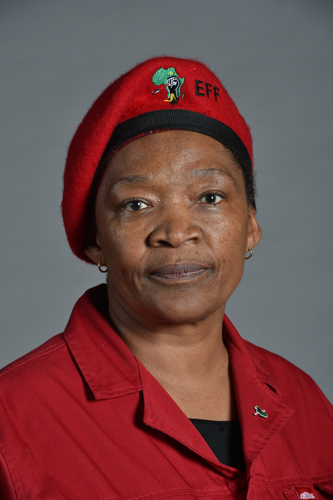 What steps has been taken by his department to ensure that Metrorail is able to (a) guarantee commuter safety, (b) protect against cable theft and vandalism of the infrastructure, (c) arrest and subsequently prosecute those responsible for vandalism of infrastructure and (d) get the service up and running to its full capacity within set time frames?

a) PRASA resumed its Metrorail Operation on 01 July 2020, in all Regions (Western Cape, Eastern Cape, KwaZulu Natal and Gauteng) in line with the level 3 lockdown regulations, governed by the risk adjustment strategy implemented by the Government in an attempt to limit the spread of Corona virus pandemic. The Metrorail services resumed in the following corridors at 30% capacity in line with the regulations:

Following the Minister of Transport’s announcement on 16 July 2020 allowing commuter rail operations to increase the loading capacity to 70%, Metrorail has accordingly increase its loading capacity in the currently operating corridors to 52% from Monday, 03 August 2020, informed by the following risk-based scenarios:

The following measures were implemented to mitigate the risk of spreading the virus:

In addition, commuters are encouraged not to touch surfaces where possible in order to reduce the spread of the virus.The current security arrangements remain in place and supported by platform marshals to enforce compliance with the regulations.

Metrorail will continue to monitor the associated risk and based on the lessons learned and the attendant risk assessment, increase the loading capacity to 70%, in line with the current regulations.

PRASA is also involved with Joint Operations with the Rapid Rail Police to create additional capacity to address the prevailing security threats. PRASA is currently engaged in various projects to address permanent and sustainable solutions for mitigation of the security risks associated with cables and infrastructure i.e.:

c) Over 140 suspects have been arrested for various acts of theft of vandalism of PRASA’s infrastructure nationally with Gauteng contributing over 90% of those arrests. Prasa is pursuing various options with specialised units of the SAPS and the NPA to ensure that perpetrators are effectively prosecuted and receive stiffer sentences are effected, these efforts have been necessitated by the ease in which bail is being granted to suspects even in instances where it is established that they are foreign citizens who might not easily be confined to the borders of RSA.

d) Services will gradually resume in line with the adopted infrastructure and security plan and in compliance with COVID-19 Directions. The focus will be on corridors with high passenger demand and with less repair work required on vandalised infrastructure and station facilities. In Gauteng, due to damage and vandalism to Overhead Traction Equipment (OHTE), services will initially be rendered using diesel traction whiles OHTE are being repaired and security services are rolled out.

The table below gives an indication of the planned resumption of services: