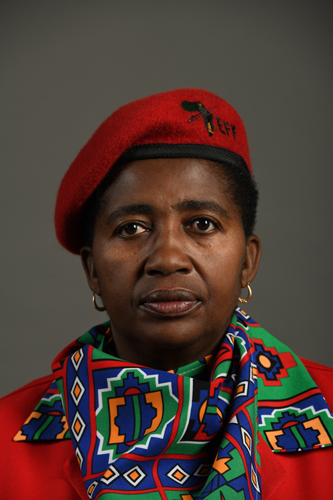 What are the reasons that (a) A Obilana has not been reinstated by her department as an educator at Allendale Secondary School despite the decision by the Emalahleni Education Labour Relations Council that he must be reinstated and (b) the principal of Allendale Secondary School was allowed by her department to victimise a teacher who reported sexual relationships between teachers and learners?

(a) This is an employer-employee relations issue of which the processes are regulated by the Labour Relations Act, 66 of 1995 as amended. Interms of section 3(1)(b) of the Employment of Educators Act, 76 of 1998, the Head of the Provincial Education Department is the employer of all educators employed at the provincial level and therefore, the responsibility to appoint, transfer, terminate, re-employ and re-instate educators at the provincial level lies with the employer. It is also the responsibility of the employer to implement rulings wherein cases were ruled against his/her Department.

Besides, the response received from the Mpumalanga Education Department on this case states that the Department/employer has demonstrated its willingness to comply with the award but Mr Obilana refused to comply and cooperate. An alternative post was identified for him to occupy effectively from 1 October 2018 and was within the same circuit a few kilometres from the school where he used to teach prior his dismissal, but he failed to report for duty.

The details are as follows:

The Department did not immediately comply with the award because at the time the award was received, the position which Mr Obilana occupied prior to his dismissal was already filled. Mr Obilana was however informed through his union on 28 September 2018 that the Department had established a vacant substantive found where he would be placed effectively from 1 October 2018. He was then directed to report at the Emalahleni Circuit where the Circuit Manager would take him to the institution he would be serving at. A response was received from his union indicating that he was sick, and insisted that the Department place him in accordance with the award. Mr Obilana never reported for duty but instead proceeded to take steps to enforce the award by filling an application for the certification of the award with the CCMA.

The award was certified in terms of section 143 of the Labour Relations Act. The CCMA issued a document entitled “Enforcement of the Award” [the CCMA writ] instructing the sheriff to attach and execute the movable goods of the employer to the value of R171 952.40 with interest. The sheriff served the document and attached a vehicle belonging to the employer on several occasions and this culminated in the employer filing an urgent application with the Labour Court, which was heard on 27 August 2019 wherein the enforcement award was declared invalid and set aside.

(b) Any complaint that affects the employment relationship should be dealt with in accordance with the grievance procedures outlined in Chapter G of the revised Personnel Administrative Measures (PAM).