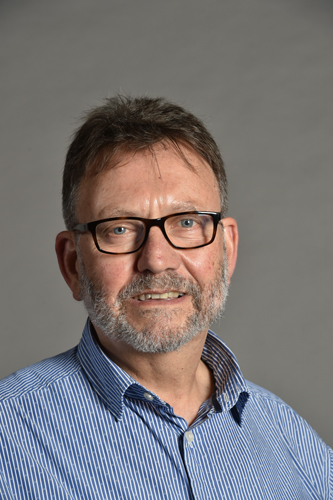 Whether all reports submitted to the (a) Commissioner and (b) Correctional Supervision and Parole Boards (CSPBs) by Case Management Committees contain all the information required by section 42(2)(d) and 42(2)(e) of the Correctional Services Act, Act 111 of 1998; if not, why not; (2) whether the Commissioner or CSPBs consider the application by an offender for placement on parole on the basis of an incomplete report; if not, on what basis are such offenders released on parole; if so, why?

(1)(a)(b) Yes, profile reports submitted to the Head of Correctional Centres (HCC) or Correctional Supervision and Parole Board (CSPBs) have to meet the requirements of sections 42(2)(d) and 42(2)(e) of the Correctional Services Act, Act 111 of 1998.

Remarks and orders given by sentencing court are adhered to, it is however worth mentioning that there are challenges in obtaining documents such as sentence remarks, SAP62 and SAP69 in some cases from courts and SAPS.

Sentence remarks are mandatory in determining an effective intervention and treatment plan targeting offending behaviour based on accurate assessment of individual offender risks and needs. In the absence of sentence remarks the documents, reports by professionals are to a larger extent one sided and based on known events leading to misdiagnosis that doesn’t target offending behaviour. Reporting and management of risks can be compromised by non-availability of the same sentence remarks and previous convictions which inform the risk reports.

Where these documents were not provided by the abovementioned stakeholders, a report is attached on the profile report explaining attempts made to obtain the documents and the courts as well as SAPS response thereto. The implementation of the Integrated Criminal Justice System (ICJS) by the JCPS cluster value chain will ensure this is avoided.

It is also important to mention that upon admission offenders are assessed, Correctional Sentence Plans are compiled and updated during the serving of sentence. The Correctional Sentence Plans prescribe programmes that offenders must be subjected to and whether such programmes are to be offered by Correctional Intervention Officials, Social Workers or Psychologists. Therefore, some profile reports will not have a report of Psychologist if there was no need identified; in particular offenders serving short sentences and non-violent offences and this does not mean that the profile report is incomplete.

As prescribed by Section 42(2) (e) of the Correctional Services Act, Act 111 of 1998 (‘the CSA”), the Case Management Committees (CMCs) do submit reports as contemplated in paragraph (d) to the Head of Correctional Centre in respect of any offenders sentenced to incarceration for 24 months or less. The submission is a short version of a profile report due to short period of time to be served. In this category, offenders can only be exposed to life skills programmes and pre-release programmes depending on the length of sentence, meaning not all information per reports may be available and this does not mean that the profile report is incomplete.

2. No, incomplete profile reports are not considered. Offenders do not apply for parole as the parole consideration process is initiated by the Case Management Committees (CMCs) by compiling profile reports about 6 months before offenders reach their legislated minimum detention periods. The Heads of Correctional Centre (to whom the National Commissioner has delegated his powers consider offenders serving 24 months or less) or Correctional Supervision and Parole Boards (CSPBs) quality check profile reports received from the CMCs and those with short comings are referred back to the CMCs for rectification.

Where documents such as sentence remarks cannot be provided by some courts, a report is attached to the profile reports explaining attempts made to obtain the sentence remarks and courts’ response thereto. Where a CSPB approves placement on parole based on an incomplete profile report or before an offender attends a prescribed programme, such a decision will be subject to review by the Correctional Supervision and Parole Review Board.