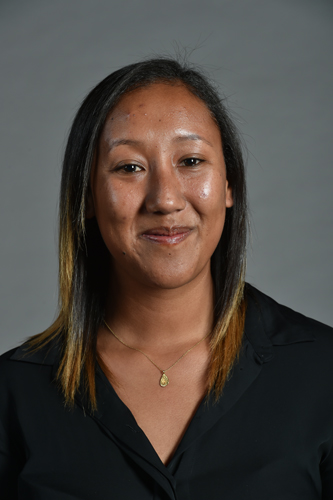 Sharif, Ms NK to ask the Minister in The Presidency for Women, Youth and Persons with Disabilities

With reference to her department’s mandate to champion the advancement of women’s socio-economic empowerment and the promotion of gender equality, what steps and/or programmes has her department undertaken in collaboration with other government departments, such as the Departments of Justice and Health the SA Police Service, to sensitise government officials in respect of the needs and challenges of the lesbian, gay, bisexual, transgender, intersex, queer/questioning, asexual community?

The department is aware that LGBTQIA+ persons have different safety and security needs than that of cisgender women based on how laws, policies, practices and systems are conceptualised on the basis of heteronormativity.

The Department since 2016 has been rolling out Community Dialogues to understand the lived experiences including challenges of communities and do a needs assessment. To this end sector specific dialogues including LGBQTIA+ sector have been conducted. The dialogues are implemented in partnership with local civil society organisations and government departments including Police; Justice and Health. The findings of the dialogues have generally been shared with departments particularly those involved in service delivery.

The department together with National Treasury is working on the institutionalisation of the Gender-Responsive Planning, Budgeting, Monitoring and Evaluation, and Auditing (GRPBMEA) framework into departmental strategic plans, and annual performance plans. The first attempt focused on enabling gender responsive budgeting through sex disaggregated data. The success of this process will lead to the elevation of mainstreaming of gender non-conforming persons’ in the work of government officials.

The department continues to oversee, guide and work in collaboration with the Interim Steering Committee (ISC) for Gender Based Violence and Femicide (GBVF), including relevant government departments in ensuring the adoption of the GBVF NSP. The GBVF NSP development processes have been finalised.

The department consulted on the GBVF NSP the DGs Clusters on 1) Social Protection, Community and Human Development (SPCHD) where the departments of Health and Justice are members and 2) Justice Crime Prevention & Security (JCPS) where Justice and Police are members.

Issues of LGBTQIA+ persons have been elevated in the GBVF NSP. The interventions raised in the GBVF NSP include the roll-out of sensitisation and training programmes for frontline government officials on victim-centric, survivor focused services, with a specific drive to promote gender diversity and obliterate negative social norms and attitudes.

The rollout of social behaviour programmes portraying positive images of gender equality, sensitive reporting on LGBTQIA+ communities will further enhance social cohesion and combat harmful gender stereotypes that perpetuate patriarchal norms. This also includes a standardisation approach to the sheltering system so as to address needs of the LGBTQIA+ community.

A national study to understand the extent of violence against LGBTQIA+ persons is also set to be conducted to raise awareness of the needs and challenges of the LGBTQIA+ sector. Such surveys basically include training workshops for officials involved in data collection on understanding the sector, appropriate language and principle of intersectionality.