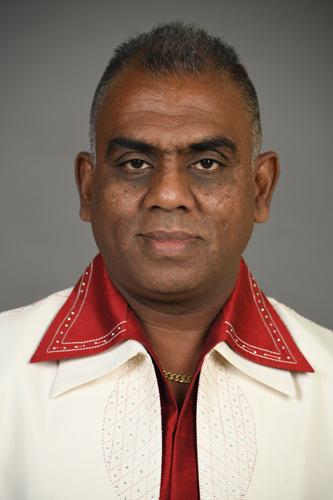 Chetty, Mr M to ask the Minister of Transport

(a) The international political response to climate change began with the adoption of the United Nations Framework Convention on Climate Change (UNFCCC) in 1992, which sets out a framework for action aimed at stabilising atmospheric concentrations of greenhouse gases to avoid anthropogenic or human interference with the climate system. The UNFCCC entered into force on 21 March 1994 and now has 195 parties. In December 1997, the third session of the Conference of the Parties (COP) in Kyoto, Japan, agreed to a Protocol to the UNFCCC that commits industrialised countries and countries in transition to a market economy to achieve emission reduction targets. These countries, known as Annex I Parties under the UNFCCC, agreed to reduce their overall emissions of six greenhouse gases by an average of 5.2% below 1990 levels between 2008-2012 (the first commitment period), with specific targets varying from country to country. The Kyoto Protocol entered into force on 16 February 2005, and has been used as the basis for ongoing international climate negotiations. South Africa is Party to both the UNFCCC (“the Convention”) and its Kyoto Protocol.

Following the decision of the Parties to the United Nations Framework on Climate Change and the Kyoto Protocol that the regulation of emissions from international Shipping will be regulated by the International Maritime Organization (IMO), the IMO adopted amendments to the 1973 Convention on the prevention Marine Pollution from international shipping by adopting a Protocol that will regulate as from 1 January 2019 atmospheric pollution from shipping. South Africa is a party to the principal MARPOL Convention including Annex VI regulating energy efficiency of ships. MARPOL Regulations under Annex VI introduces and Energy Efficiency Design Index (EEDI) for new ships and the Ship Energy Efficiency Management Plan (SEEMP) for existing ships. As of 1 January 2020, all ships will be required to use fuels of not more than 0.50% sulphur fuel content.

South Africa is a signatory to the Kyoto Protocol agreement which commits state parties to reduce greenhouse gas emissions, based on scientific consensus that (part one) global warming is occurring and (part two) it is extremely likely that human made Carbon Dioxide emissions have predominantly caused it.

Also, in the civil aviation sector: The Government complies by implementing the agreement through its state-owned entities and in cooperation with other aviation sector stakeholders.

(b) One of Government’s key interventions aimed at addressing the challenge of climate change came in the form of the 2011 White Paper on National Climate Change Response, which presents the Government’s vision for an “effective climate change response and the long term, just transition to a climate-resilient and lower carbon economy and society.”

1. The White Paper has two objectives:

Effectively manage inevitable climate change impacts through interventions that build and sustain the country’s social, economic and environmental resilience, and,

Make a fair contribution to the global effort to stabilise GHG concentrations in the atmosphere at a level that avoids dangerous anthropogenic (human) interference with the climate system. One of the White Paper’s key elements in the overall approach to mitigation actions is the adoption of sectoral carbon budgets approach,

2. There are also a number of transport environment flagship programmes that the Department has undertaken in the context of climate change, sustainable development and transitioning to a green economy. These projects will necessitate a high capital investment and are essential in ensuring that the department continues to play a part in lowering carbon emissions.

3. The flagship programmes are intended to be developed and implemented over a certain period, while programmes that were already in existence at the time the White Paper, are also adopted and are expected to be rolled-out further. The Department is also meant to develop a sectoral Climate Change Response Strategy that will address measures to be taken by the Department of Transport in relation to climate change. The Department has also developed the Green Transport Strategy which was approved in August 2018, which sets out the environmental policy directive for the transport sector, and also sets out the different modal targets in order to reduce the emissions from the transport sector.

With regard to the maritime sector the Regulations are not in force yet. The Department has finalised drafting the MARINE POLLUTION (PREVENTION OF POLLUTION FROM SHIPS) AMENDMENT BILL, 2019. The Bill will be taken through NEDLAC and the Director Generals Cluster before being presented to Cabinet. Parliament will be requested to prioritise the BILL considering the entry into force of the IMO regulations.

Further, as a member state of the International Civil Organization (ICAO), South Africa complies with the Standards and Recommended Practices of Annex 16, which amongst others, sets limits for the emissions of smoke and certain gaseous pollutants. ICAO’s basket measures to reduce Carbon Dioxide emissions include the following:

South Africa has successfully implemented one measure under Improved Air Traffic management (ATM) and Infrastructure use which is Performance Based Navigation (PBN).

(c) Government also participated and negotiated in the “Paris Agreement” which had to focus equally on mitigation - that is, efforts to reduce greenhouse gas emissions in order to limit global warming to below 2°C - and societies’ adaptation to existing climate changes. These efforts must consider the needs and capacities of each country. The agreement will enter into force in 2020 and will need to be sustainable to enable long-term change the Paris Agreement and the accompanying COP decision:

South Africa has submitted the following as being the Nationally Determined Contributions for the transport sector:

Maritime has ratified Annex VI in 2014 was a measure contribution by South Africa and the process now is to adopt domestic legislation to give effect to the Protocol.