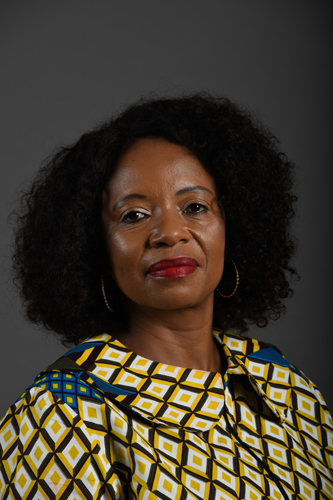 Kopane, Ms SP to ask the Minister of Human Settlements

(1)Have representatives of the residents of Masimong 4 Estate in Welkom approached (a) her department and/or (b) her regarding issues of (i) corruption and/or fraud in the allocation of residential units at the specified estate and (ii) the eviction of residents; if not, what is the position in this regard; if so, what action was taken to address the concerns raised by the residents in each case; (2) (a) how many residential units are in the specified estate, (b) what criteria was used to allocate the units to the various beneficiaries and (c) what was the total cost of developing the specified estate; (3) (a) why are the residents being evicted from the specified estate, (b) how did it come to be that they occupy their respective units and (c) from which date have they occupied the respective units in each case; (4) (a) what criterion was used to identify amounts payable in rent by the specified beneficiaries and (b) to whom?

(b) (i) It is important to note that the initial complaint focused on allegations of a rental dispute and illegal evictions. The allegation of rental dispute was confirmed and it was found that conflicting/varying monthly rental fee structures were issued by property management Company and the Free State Department of Human Settlement. This resulted in complainants claiming being able to calculate the correct and/ or valid monthly rental fee structure.

(ii) The allegation of illegal eviction could not be substantiated by the complainants. However, the department has found that the complainants were threatened with evictions following their dispute with property Management Company on monthly rental to be paid by the tenants/ residents, due to conflicting/ different rental structure which was presented to them. The allegations of irregularities regarding the management of Masimong 4 Estate were referred to the department in July of 2015. The outcome of the preliminary investigation recommended that the matter be referred for forensic investigation.

(2) (a)There are 641 residential units in the specified estate.

The units were built essentially for low income households earning between R800.00 and R3500.00 per month. Those earning above R7500 must pay market related rental amount.

(b) Applicants have to complete an Application Form and must attach:

Each applicant is then checked whether:

Where the applicant’s income is not sufficient to allow for the set rental payments, the income of the household is considered.

(3) (a) The residents are legally evicted through the Courts and this only applies to the following:

(i)  Those who occupied the units illegally, refuse to be regularized and further refuse to pay rentals for accommodation.

(ii)  Legitimate occupants who refuse to pay rentals despite the fact that they have been invited on numerous occasions to make payment arrangements. The Department has further offered rent rebates and part arrear write-offs to incentivize payment.

(b) The residents have on the average occupied these residences/units for 21/2 years since the opening of the Estate. An advert was placed in local circulating newspapers inviting tenants earing betweenR800 – 00 and R7500 – 00 to apply for rental accommodation at Masimong 4 Estate

(4) (a) Rentals in a Community Residential Units (CRU) Project are computed on an Economic Cost Recovery method where you divide the total expenses with the size of the floor area of the development and multiply the figure obtained with the size of each unit, for example this is how the Masimong 4 Estate Rentals were computed:

(b) Rentals are paid into the bank account of the Property Management Company.