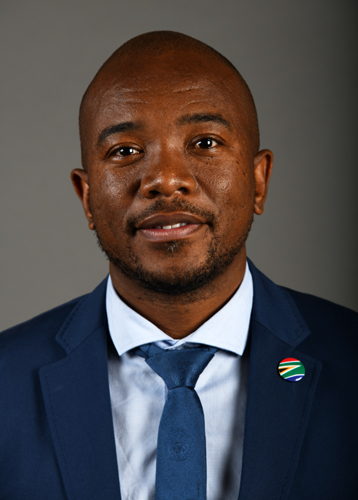 Maimane, Mr MA to ask the President of the Republic

1. Is he aware of the report into the Madibeng Local Municipality water crisis that was put together by the Department of Water and Sanitation, which estimates that between 15 to 20 municipalities are faced with severe water shortages and collapsing water infrastructure; 2. What special projects is (a) he or (b) his Cabinet Ministers undertaking to mitigate the water crisis facing the (i) specified municipality and (ii) various municipalities faced with a water supply system collapse as identified by the Department of Water and Sanitation’s report; 3. Has he, in co-operation with the Department of Water and Sanitation, commissioned any academic studies into the economic impact of recent prolonged water shortages in urban municipal areas such as (a) Johannesburg, (b) Ekhuruleni, (c) Madibeng and others; if not, why not; if so, what are the findings of these studies?

The Department of Water and Sanitation is working with the Provincial Government of North West to implement a programmatic intervention which is addressing the reasons for the intervention.

The Departments of Water and Sanitation and Co-operative Governance have developed and are implementing support programmes and interventions as part of the Back to Basics programme for prioritized municipalities across the country facing water and sanitation shortages and infrastructure disruptions. These support programmes also take into account the outcomes from the Municipal Strategic Self-assessment System (MuSSA), the Blue and Green Drop Assessments as well as the diagnostic reports conducted by the Provinces.

Reporting on progress and monitoring of the interventions is done through the CoGTA MINMEC, the Implementation Forum for Outcome 9 and the InterMinisterial Committee on Basic Services.

2. SUCCESSES IN LOCAL GOVERNMENT AND INTERVENTIONS

The following progress has been made

3. The Department of Water and Sanitation is not specifically commissioning studies to determine the economic impact of prolonged water shortages) in Johannesburg, Ekurhuleni and Madibeng. It is however closely monitoring the state of non-revenue water (and water losses) in these Water Services Authorities (WSAs), and the economic impact this has, and to see whether the WSAs are meeting their water conservation and demand management targets, which have set by the Department.

The Department also (annually) monitors the vulnerability of all WSA nationally through Municipal Strategic Self Assessments, and is currently developing Municipal Priority Actions with these WSAs, based on the outcomes of the assessments, which feed into the WSA Water Service Development Plans, Integrated Development Plans, and Service Delivery Business Improvement Plans, to ensure that the identified areas of extreme and high vulnerability are addressed.

The above findings are available on the Water Services Knowledge System which is accessible on the website of the Department of Water and Sanitation.