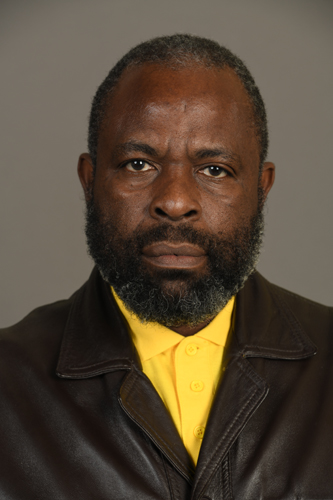 Madisha, Mr WM to ask the Minister of Justice and Correctional Services

Whether he intends to immediately introduce amendments to the Public Protector Act, 1994 (Act No 23 of 1994), to ensure that information requested by the Public Protector from any organ of state is not (a) withheld to the extent that the Public Protector has to resort to the Promotion of Access to Information Act, 2000 (Act No 2 of 2000), to get it, (b) made so difficult to access that it has to be clawed out in dribs and drabs as happened with the investigation into the Passenger Rail Agency of South Africa (PRASA), (c) falsified or given in a manner that casts doubt on its authenticity, (d) given without proper authentication or certification and (e) delayed to the point that the report has to be finalized without the required information; if not, why not; if so, when does he propose to introduce such amendments to help facilitate the work of the Public Protector?

No. I believe the provisions of the Public Protector Act, Act 23 of 1994, has adequate provisions to deal with the issues the Hon Member raises.

Section 7 deals with investigations by the Public Protector, some of the relevant provisions being –

(a) subsection (3)(a) which provides that the Public Protector may request any person at any level of government or performing a public function to assist him or her in the performance of his or her functions with regard to any particular investigation;

(b) subsection (4)(a) which provides that the Public Protector may, by subpoena, direct any person to submit an affidavit or to appear before him or her to give evidence or to produce any document in his or her possession or under his or her control which has a bearing on the matter being investigated; and

(c) subsection (4) (b) which empowers the Public Protector to request an explanation from any person whom he or she reasonably suspects of having information which has a bearing on the matter being investigated.

Section 7A deals with entering upon premises by the Public Protector. It provides, among others, that the Public Protector is competent, subject to the authority of a warrant issued by a magistrate or judge, to enter, or authorize another person to enter, any premises and to make such investigation or inquiry as may be necessary and to seize anything which may have a bearing on an investigation. This section even recognises the need to use force to gain entry should the need arise.

Section 11 provides for offences and penalties. In terms of section 11(1) a person who contravenes section 9, referred to above, or who interferes with the functioning of the office of the Public Protector as contemplated in section 181(4), referred to above, is guilty of an offence. In terms of section 11(3) any person who, without just cause, refuses or fails to comply with a direction or request under section 7(4), referred to above, or refuses to answer any question put to him or her or who gives an answer which to his or her knowledge is false, is guilty of an offence. The penalty for these offences is a fine not exceeding R40 000 or imprisonment for a period not exceeding 12 months or to both such fine and such imprisonment.