How to object to a candidate on a party list

Follow this committee and get free email alerts whenever we get new information about it.

Write to this committee

South Africans have a four-day window to object to a candidate on the lists of the 48 political parties contesting the 8 May elections. The party lists are available on the IEC website.

An objection against a candidate must be made by 5pm on Tuesday, 2 April.

The Constitution states that every voter is eligible to be a Member of Parliament except:

To object to a candidate, you need to do the following: 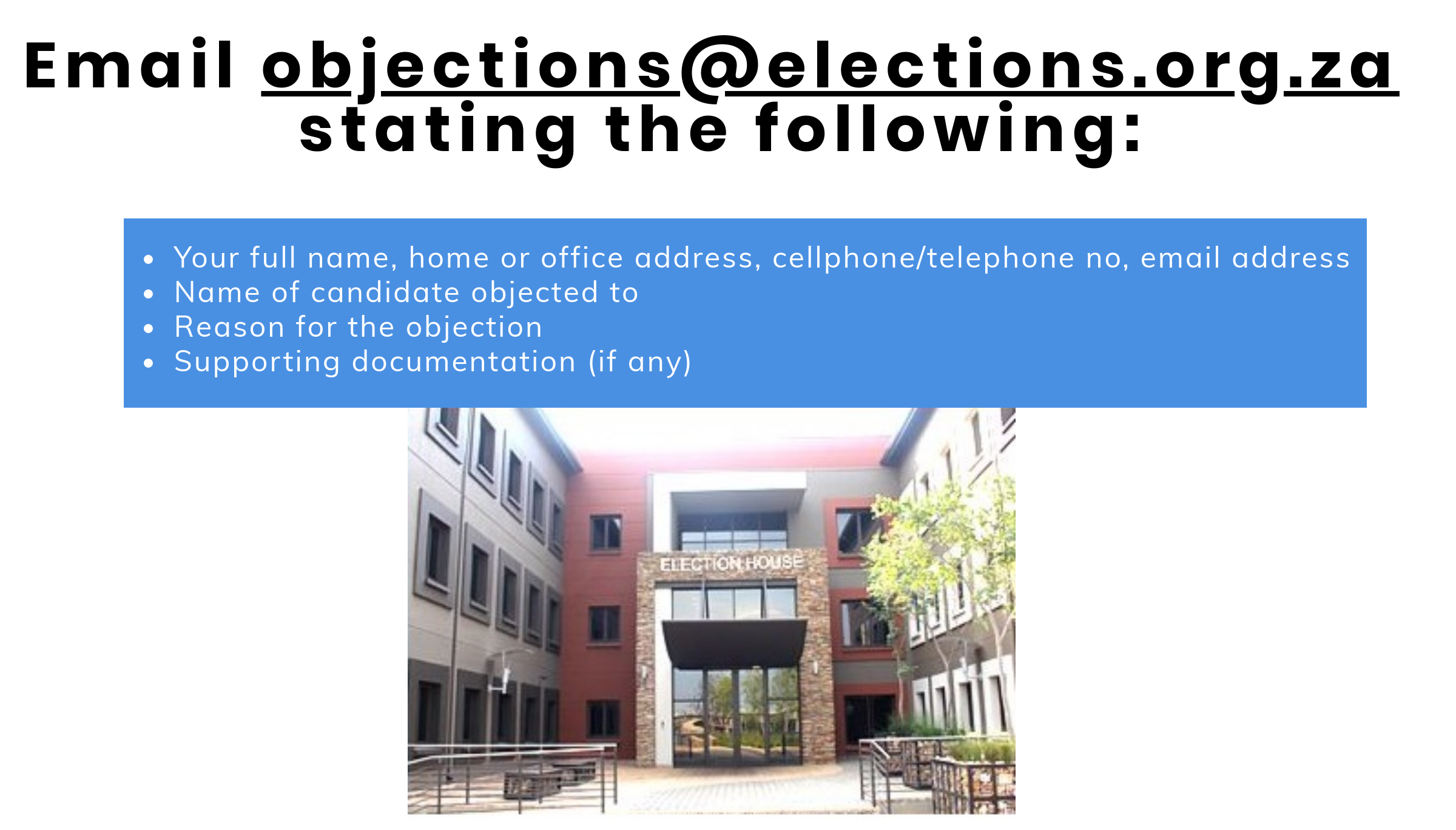 The Commission will consider and make a determination on all objections and notify the objectors and affected parties of their finding by 8 April 2019.

Any party, candidate or objector aggrieved by the decision of the Commission then has until 11 April 2019 to appeal to the Electoral Court.

In 2014, there were 45 objections and one was upheld by the IEC. The candidate had been convicted of an offence and sentenced to more than 12 months in prison — and it had been less than five years since the candidate's release from prison.